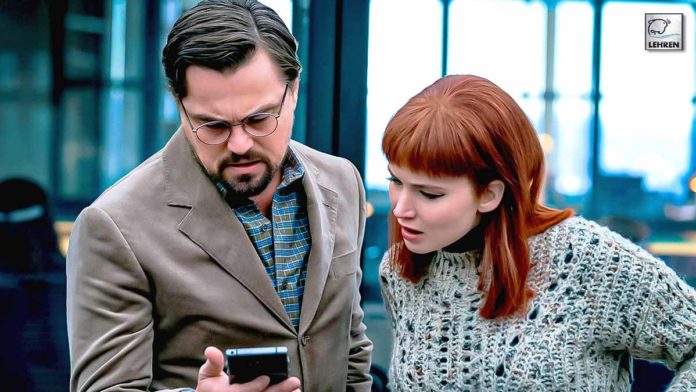 The scene involving the hotline number occurs midway through the movie, Don't Look Up.

Adam McKay, the writer, and director of Don’t Look Up has recently admitted that he had no idea the phone number listed in the Netflix movie led to a real-life s*x hotline. In an interview with Insider, McKay revealed it was ‘pure accident’ that the number listed in the movie, which was set up as a FEMA 1-800 number for purposes of the story, ended up being a s*x hotline.

The director of Don’t Look Up stated to the outlet, “We were going to set up a line for that. But we didn’t think of doing it until the end and we didn’t have enough time to get our own phone number so that’s just a random phone number,” he said. “We in no way planned it being a s*x hotline. Pure accident.” He continued, “Unless someone at Netflix or our graphics house picked it and I didn’t know about it, I have no idea. In fact, no way. They wouldn’t have done that on purpose.”

For unversed, the scene involving the hotline occurs midway through the film. In the scene, Leonardo DiCaprio’s Dr. Mindy stars in a government PSA offering a phone number for people to call to get ‘peace of mind’ as a planet-killing comet head toward Earth. As some investigative viewers found out, that number used in the scene actually leads to an apparent phone s*x hotline.

Taking to Twitter a user wrote, “Kudos to you Don’t Look Up to having the BASH hotline for their asteroid stress prevention hotline being linked to a Hot Singles in Your Area phone number.” While another user tweeted, “Why did Don’t Look Up put a phone number on their movie only for it to be a s*x line?????”

Meanwhile, in the scene, DiCaprio’s character Dr. Mindy says, “Right now, millions of you are having these same doubts and questions about the approaching comet. That is why BASH Cellular, in conjunction with the United States government, is creating a new hotline, free of charge, to answer all of your questions. And who knows, maybe, just maybe one of our scientists… can be that friend we all need to lean on during uncertain times.”