Here’s Everything To Know About Superhero Kamala Khan In First Ms. Marvel Trailer 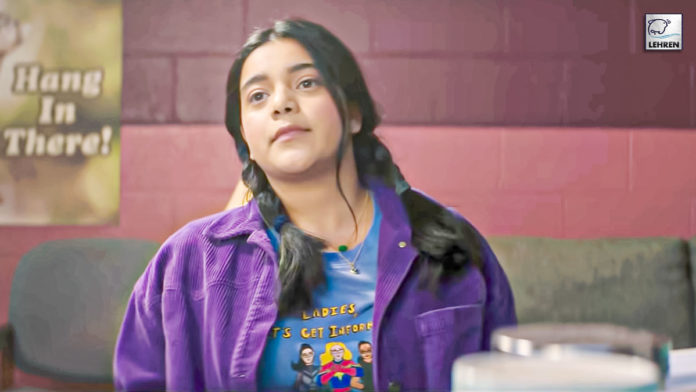 Disney+ series Ms. Marvel is scheduled to hit the streaming platform on June 8.

Disney+ has dropped the first trailer for its upcoming Marvel Studios series Ms. Marvel. The series introduces Kamala Khan played by Iman Vellani, a Muslim American teenager growing up in Jersey City, N.J., who is an avid gamer and a prolific fan-fiction scribe.

Ms. Marvel follows the “Super Hero mega-fan with an oversized imagination particularly when it comes to Captain Marvel,” according to the series description. “Kamala feels like she doesn’t fit in at school and sometimes even at home, that is until she gets superpowers like the heroes she’s always looked up to.” “Okay first off, I just want to say, I get it,” Kamala’s guidance counselor says to her as the trailer opens.

Kamala responds, “You get what?” “High school, boys, but you’re staring out the window in your little fantasy land,” he says. As Kamala daydreams throughout the clip, with one student calling her a ‘weirdo,’ she says, “Maybe they’re right, I spend too much time in fantasy land. It’s not really the brown girls from Jersey City who save the world.” After finding a magical wrist cuff inside a trunk, Khan develops ‘cosmic’ superpowers.

However, actress Iman Vellani is a daughter of Pakistani Muslim immigrants in Canada makes her acting debut as Kamala Khan, an imaginative, Captain Marvel-obsessed Pakistani-American 16-year-old living in New Jersey. The character, first introduced by Marvel in 2013, discovers that she can walk on air among other purple-hued energy blasting abilities.

Check Out The Official Teaser Of Ms. Marvel Here: