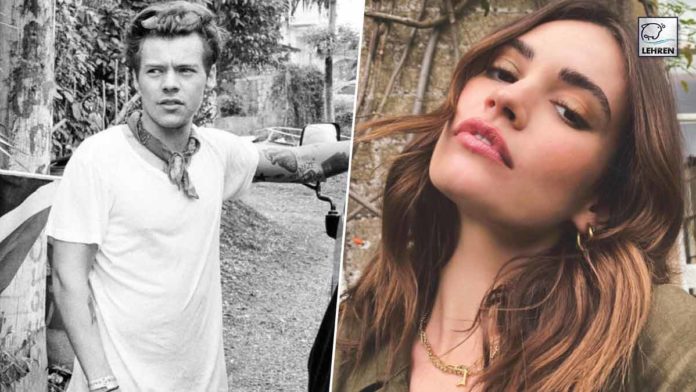 Harry Styles is all set to star opposite Lily James in Amazon’s upcoming venture featuring LGBTQ love story. It is titled ‘My Policeman’. Read below to know more.

The One Direction fame singer Harry Styles is on a roll these days. The 26-year old singer who recently signed Don’t Worry Darling opposite Dakota Johnson will again test his acting skills in an upcoming Amazon venture. In this venture, Harry Styles will be starring opposite Lily James. Reportedly, it’s a LGBTQ love story set in the 50s.

The upcoming Amazon venture is titled ‘My Policeman’. It is an official adaptation of a love story by Bethan Roberts. Speaking of the novel, it is among the best sellers and indeed a story worth telling.

The story will have an impact in today’s day-and-age and this doubles the excitement of the makers and the members starring in it.

The film is going to be helmed by Tony and Oliver Award-winning filmmaker Michael Grandage. The producers of the film include Greg Berlanti, Sarah Schechter, and Robbie Rogers. They will be accompanied by Cora Palfrey and Philip Herd at Independent Film Company and MGC.

The sources reveal that Harry Styles and Lily James are currently negotiating with the makers of My Policeman. However, a while back the former 1D singer was seen with the script of My Policeman in his hand. This gives us the hint that he has been preparing for the role for a while now.

Once Amazon finalises everything, the film will start rolling probably by next summer.

Speaking of My Policeman, the film has the 1950s backdrop. The plot of the film revolves around a policeman Tom, who feels attracted to the museum curator, Patrick. However, due to the social stigma, Tom thinks it is safe to marry a school teacher, Marion.

Harry Styles will reportedly be essaying the role of Tom in the film, whereas, Lily James will portray the character of Marion.

Makers of the film are on a hunt to rope in an actor to play Patrick. They reportedly are looking for an older actor to play Harry Styles’ love interest in the movie.