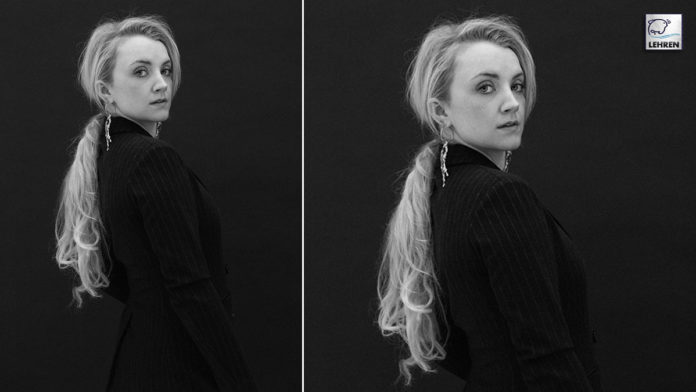 Evanna Lynch has revealed the eating disorder she battled from the age of 11 and her recovery process from it.

The Harry Potter actress, 30, who starred as Luna Lovegood in the series, revealed the struggles she had faced with anorexia in her new memoir, The Opposite of Butterfly Hunting: The Tragedy and The Glory of Growing Up. While Evanna says she “doesn’t have an eating disorder at all anymore,” she confessed the healing process is ongoing throughout her life.

In an interview with E! she said that she wanted to be open about the struggles she had faced at the age of 11 and 12. Describing her journey, evanna lynch said, “You want to be honest, you know? I don’t want to just say, Everything’s cool now, happier, I’ve fixed all these weird issues. So, I had to find a way that I could be honest about where I’m at, but be positive and leave people with a warm, inspired feeling.”

Meanwhile, in an extract from her book, The Irish Times, Evanna revealed that she had had to fight ‘the urge to die’ at the darkest times in her life. She writes, “When I first heard about anorexia, I never planned for it to become my thing. I didn’t connect to it or dwell on it or decide to try it out for a while.” She continues, “All I’d known was that I was empty, unremarkable, unexceptional at everything and that it would be hard to find love, friends, work, a place in the world at all if I didn’t find something by which to define myself and then I’d found it.”

“I think to me, being unremarkable was the same thing as being unlovable, and if I didn’t have love, I wouldn’t want to live, and if I didn’t want to live, I’d eventually die. And I really wanted to find a way to fight that urge to die, evanna lynch added. “People see eating disorders as slow self-destruction, but the intention is quite the opposite. It’s a stab at life, at asserting oneself. It’s a fierce, war-like struggle to battle all the voices – internal and external – telling you you’d be better off dead,” evanna lynch further continues.

However, evanna lynch harry potter also explained, “I hadn’t planned for this to be my path, was shocked to hear that dangerous, spiky word affixed to me by my sister but okay, now I’d found it, and here we were, and I didn’t know how – nor did I care – to find a way out of it.”

Evanna has been also revealed her battles in the past, crediting Harry Potter author J.K. Rowling for saving her life by giving her comfort when she needed it the most. The pair had become penpals before she was cast in the movies as Evanna told J.K. that the book series was the ‘only thing’ that could take her attention away from her eating disorder.

ALSO READ – Netflix’s ‘To All the Boys’ Franchise Is Getting Spinoff Series Titled ‘XO, Kitty’