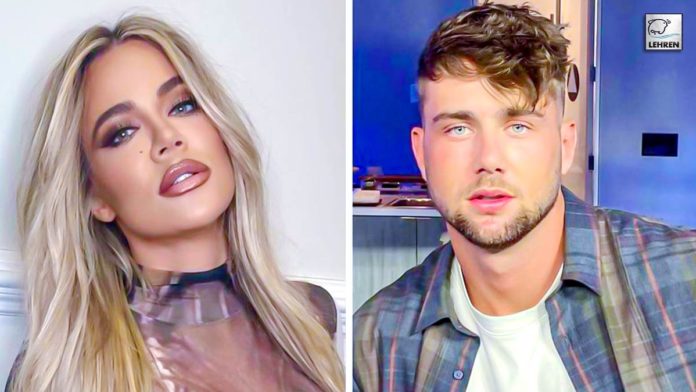 The Keeping up with the Kardashians star denied dating anyone, let alone Harry, post her separation from her baby daddy Tristan Thompson.

When the 24-year-old Harry Jowsey, who rose to fame with his show “Too Hot to Handle”, was rumored to be dating Khloe as per a Kardashian fan page account on Instagram, Khloe was quick to set the record straight and slammed the account for spreading false rumors. According to the fan account, the message was however shared by a fan, who claimed that the Kardashian was indeed dating the Australian native and both were ‘talking’ and ‘DMing back and forth. The post also revealed how the 24-year-old star picked up a Bentley and flowers just to deliver them to Khloe’s house.

The Good American cofounder however rubbished the rumors and denied the claims commenting on the post, “ABSOLUTELY NOT TRUE”.

This entire speculation comes eight months after Khloe broke up with Tristan, the pair share a 3-year-old daughter, True, and have been dating on and off since 2016. Tristan, however, made headlines when Maralee Nichols sued the former for child support as she claimed he fathered her child. Even after sharing a very scandalous relationship with Tristan, Khloe couldn’t seem to move on. Tristan had then cheated on Khloe with her sister Kylie Jenner’s best friend, Jordyn Woods. Since then, the Kardashian-Jenner family cut all their ties with Jordyn as Khloe broke up with Tristan.

Even after the two broke up, it was evidently hard for Khloe to move on, given the two co-parent their 3-year-old daughter which makes it difficult for Khloe to completely erase him out of her life. Despite all that his ex has done to her, Khloe has never shied away from publicly defending him and even applauded him for being a great father to True. With the news of Khloe’s newfound romance, fans for once felt relieved and felt positive for her but with her denying the news, they’re taken back again.