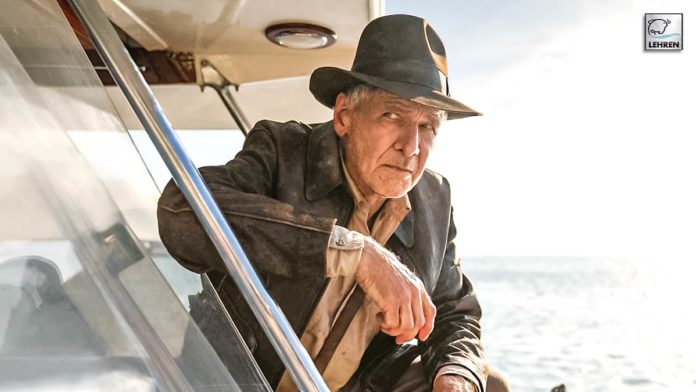 Harrison Ford goes on a quest for one last time in the upcoming film, Indiana Jones and the Dial of Destiny trailer.

Hollywood icon Harrison Ford goes on a new adventure for one last time in the very first trailer for his highly-anticipated film, Indiana Jones and the Dial of Destiny. Ford, returns as everyone’s favourite professor alongside co-star Phoebe Waller-Bridge in a new sneak peek capturing his many daring adventures.

The upcoming instalment is directed by James Mangold, who made 2005’s Walk the Line and 2017’s Logan. Spielberg and George Lucas are executive producers. Meanwhile, in September, Ford got emotional while speaking at the D23 Expo and showcasing footage from the sequel to fans. The actor said at that time, “Thank you for making these films such an incredible experience for all of us. I’m very proud to say that this one is fantastic,” he said at the time,” as reported by Variety.

However, in the November edition of Empire Magazine, Ford shared that the new movie is “complex” and “sneaky,” as well as “full of adventure, full of laughs, full of real emotion.” “The shooting of it was tough and long and arduous. But I’m very happy with the film that we have,” he added, later saying of what inspired his comeback: “I just thought it would be nice to see one where Indiana Jones was at the end of his journey. If a script came along that I felt gave me a way to extend the character.”