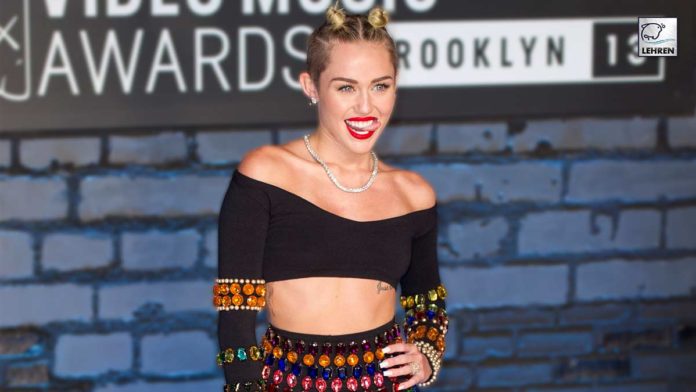 Miley Cyrus is getting her blonde wig and ready to go if 'Hannah Montana' is ever revived. In a recent interview, the singer announced she's absolutely up for a comeback.

The timing has to be perfect for Miley Cyrus To Revive Hannah Montana!

Miley Cyrus is up for another hoedown throwdown. In a Capital FM interview, Miley, 27, said she would “love” to revive Hannah Montana soon — but the timing needs to be correct to return to the Disney Channel show.

Its been long Nine years since Hannah Montana went off the air, and Miley embarked on an impressive career in music. She doesn’t believe it was long enough to slip the famous blonde wig back on again.

“You know when something like a good vintage t-shirt, enough time has to go by for it to be good again? It goes through a period where it’s bad because it’s old, but then it’s so old it’s good again. That’s why we have to wait,” Miley explained in her September 11 interview on Capital Breakfast with Roman Kemp. “Hannah [Montana] is like a fine wine. We gotta wait until she’s ready.”

In her interview, Miley told Roman that she is currently letting all her guests put on her blonde Hannah wig once they arrive at her place.

A comeback may not yet be in the works but, according to Miley’s father, Billy Ray Cyrus, there is a possible prequel to come.

In an EXCLUSIVE interview Billy Ray, who appeared on Hannah Montana as Miley ‘s dad, told HollywoodLife that there is talk of a show about the roots of his character. “They’re talking about doing a prequel, which to me, I would do that in a heartbeat,” Billy Ray, 58, told us. “Because that means I get to get my mullet back.”

Meanwhile, after splitting from singer Cody Simpson according to a source close to the pop star, Miley Cyrus is feeling like a “free woman.” “She’s free as a bird and thrilled,” an insider reported to a leading news outlet. Read more.

Do you want Hannah Montana To Revive After 9 years? Let us know in the comments below.