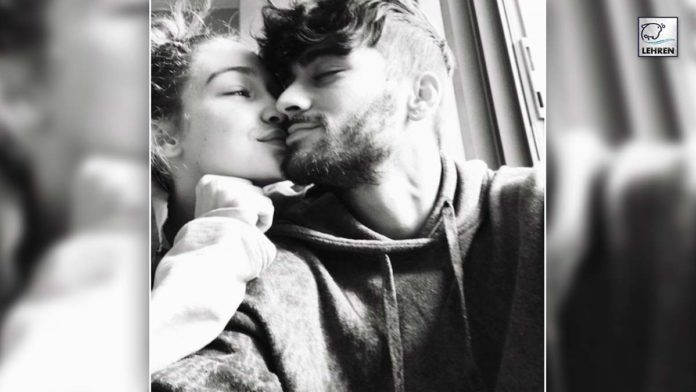 Gigi Hadid and Zayn Malik enjoy a cheesy date the first time in weeks after welcoming their daughter. Read below to know more.

Former One Direction singer Zayn Malik and his supermodel girlfriend Gigi Hadid welcomed a baby a girl last month. The couple is on cloud 9 after the arrival of their bundle of joy. Zayn and Gigi announced the news of their baby girl on their respective social media handles. There’s no doubt that the little one is keeping her parents busy. However, it seems like Gigi Hadid and Zayn Malik have finally found time for a cheesy date night.

Gigi Hadid who is embracing new found motherhood took to her Instagram handle to share a glimpse of her and Zayn’s date night. Gigi Hadid and Zayn Malik enjoyed their first ever cheesy date night after welcoming their daughter a few weeks ago.

The 25-year old supermodel shared a picture of a plate full of ‘cheesy garlic pull apart’ on her Instagram story. After the picture of the mouth-watering cheesy dish, Gigi also shared pictures of her daughter’s onesies. She mentions that these have been received as a present by her little munchkin.

Hadid shared the picture of onesies alongside a note that read, “omg @tanfrance love so much.”

The couple has been receiving gifts from many people after the arrival of their daughter last month. A while back, Gigi shared a picture of a silk blanket that singer Taylor Swift gifted to their little one.

Gigi Hadid and Zayn Malik are yet to announce the name of their little daughter. Till then all of their fans are calling the munchkin Baby ZiGi.