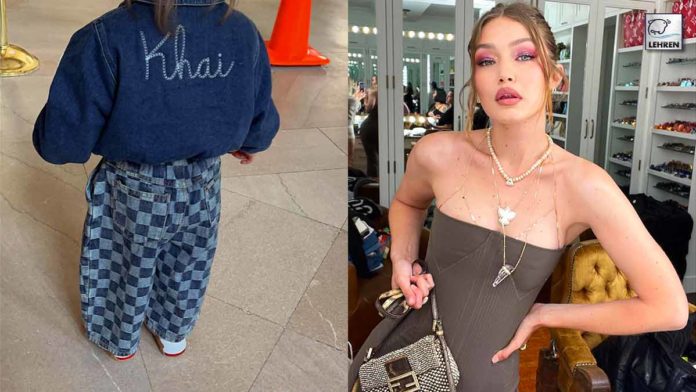 Gigi Hadid shared several other shots of the wintertime delights she has been enjoying a cocktail.

Gigi Hadid let her Instagram followers get a peek at a sweet jacket she got for her little girl. The supermodel shares her 17-month-old daughter Khai with her ex-partner Zayn Malik, who got fame with the boy band One Direction. In a new series of snaps posted on Instagram, Gigi included a photo of Khai wearing a denim jacket that had her name embroidered on it.

Gigi included several other shots of the wintertime delights she has been enjoying a cocktail. Gigi also at one point settled down to an elaborate sushi spread, snapping a picture of the array to post. Meanwhile, a black and white snapshot showed Gigi sitting in front of a window through which the audience could see snow-covered New York fire escapes.

The elder sister of Bella Hadid also flaunted a green and white pair of Nike sneakers that were made in collaboration with Louis Vuitton. Gigi has had an on-off relationship with Zayn reportedly since 2015 and they welcomed their little girl in September 2020. However, news of their latest breakup went public last October amid Zayn’s explosive dispute with Gigi’s reality star mother Yolanda Hadid.

Zayn and Yolanda allegedly had a fight in September, and though he denied claims he was physically violent, he pled no contest to four harassment charges. He cannot have any contact with Yolanda or the security guard who saw the incident and must complete an anger management course and 360 days probation. The altercation reportedly started when Yolanda entered Gigi and Zayn’s Pennsylvania home without Zayn’s permission while Gigi was in Paris for work.