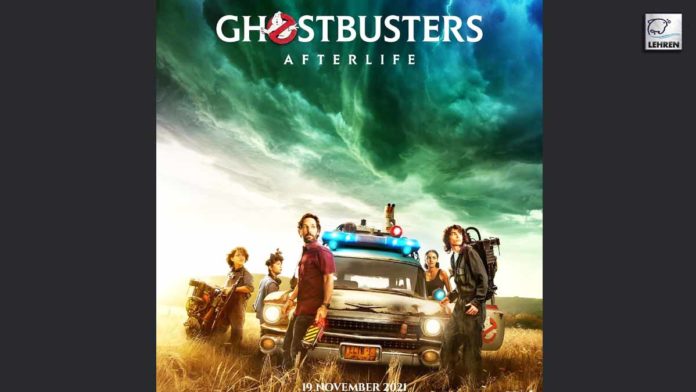 The movie stars Carrie Coon, Finn Wolfhard, Mckenna Grace, and Paul Rudd in the lead roles. The movie also includes Bill Murray, Dan Aykroyd, Ernie Hudson, Sigourney Weaver, and Annie Potts reprise their roles from the original films. The movie was originally set to release in July 2020 but it was delayed almost four times due to the COVID-19 pandemic.

Sony Pictures Entertainment India through their social media handles announced the release date of the supernatural comedy. Ghostbusters: Afterlife will release in India along with the United States, that is on November 19, 2021. The official synopsis of the movie reads-

“After being evicted from their home, a single mother and her two children are forced to move to a decayed farmhouse in Summerville, Oklahoma, left to them by the children’s late grandfather, where a series of unexplained earthquakes are occurring despite not being situated on any fault and strange things are happening in an old mine once belonged to the alleged occultist Ivo Shandor.”

It further reads, “The children discover their grandfather’s history with the original Ghostbusters, who have since been largely forgotten by the world beyond their fan base. When supernatural phenomena relating to New York City’s “Manhattan Crossrip of 1984″ arises and threatens the town, the kids, along with their family and friends, must use the Ghostbusters’ equipment to save it.”

The movie is directed by Jason Reitman, who is the son of original Ghostbusters director Ivan Reitman. Jason talked to IGN about the upcoming installment of the movie and stated, “Historically, Ghostbusters movies were always about people going into business. It was about people starting a ghostbusting business together. I suppose I knew immediately from the beginning that I wanted to make a movie about a family.” He continues, “This is a movie about the Spengler family. And the Spengler family is disconnected. This movie is about why they’ve been estranged all these years.”