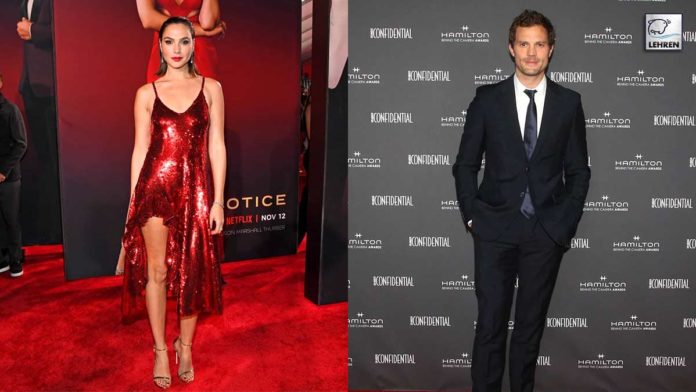 Along with starring in the upcoming Netflix movie, Gal Gadot will also be a part of the production team.

Gal Gadot and Jamie Dornan are set to star in Netflix and Skydance Media’s upcoming spy thriller Heart of Stone, according to multiple outlets including Deadline and The Hollywood Reporter. Although details of the movie are still kept under wraps.

However, the upcoming Netflix movie will be directed by Tom Harper and co-written by Greg Rucka and Allison Schroeder as reported by Deadline. Wonder Woman actress Gal Gadot will be part of a production team that includes several others from Skydance, Mockingbird Pictures, and Pilot Wave Motion Pictures. Meanwhile, Dornan and Gadot both shared news of their casting to their respective Instagram accounts, along with references to the Deadline piece.

“Welcome to Heart of Stone @jamiedornan let’s kick some ass together and have fun doing it Can’t wait to start this journey,” Gadot wrote in her caption. Gadot, who made waves as the titular superhero in Wonder Woman (2017) and its 2020 sequel, Wonder Woman 1984 and recently starred in Netflix’s Red Notice, which quickly became the streaming platform’s second most-watched film of all time after it dropped in early November.

However, Netflix is in the early stages of planning back-to-back sequels with original stars Gadot, Dwayne ‘The Rock’ Johnson, and Ryan Reynolds expected to return. Gadot will next appear in the mystery thriller Death on the Nile, out this month, and will star as Cleopatra in an upcoming epic movie produced by her Woman Woman director Patty Jenkins.

Meanwhile, in an interview for the cover of InStyle’s February Badass Women issue, Gadot teased of Cleopatra, “I can’t reveal a lot, but I can tell you that we’re going to celebrate the Cleopatra story. We’re going to show not just how sexy and appealing she was, but how strategic and smart, and how much impact she had and still has on the world we’re living in today.”