Four Absurdly Awesome Flicks You Have To See To Believe 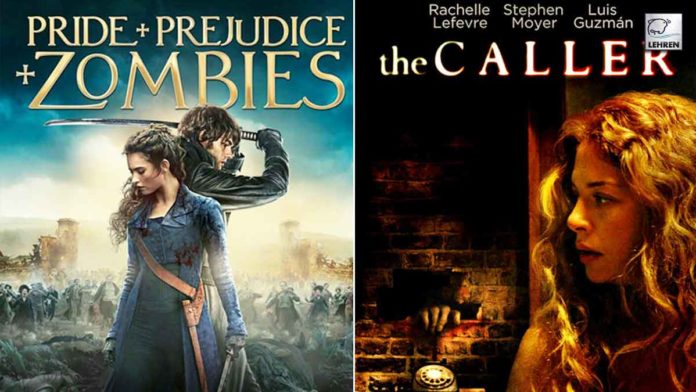 Pride and Prejudice and Zombies (2016)

A witty take on Jane Austen’s much-loved book; this film introduces rabid zombies to the “prim and proper” world of 19th century England. What ensues is a rollicking journey that not only retains the charm of the original but also entertains us with a fresh and interesting storyline. Part zombie horror, part romantic comedy, and a whole lot of fun, this Burr Steers directorial is an imaginative and enjoyable ride.

Pride and Prejudice and Zombies is streaming on Amazon Prime Video

What if, one fine day, your phone begins to ring, and on the other end is a creepy entity claiming to hail from the past? What if you incur its evil wrath when these calls are ignored?

“The Caller” has a set up for a great horror film, and this edge-of-the-seat thriller lives up to the promise by offering chilling scares and knockout twists. The film tells the story of a woman being tortured by devious telephone calls that are apparently not from the present, but the past. Directed by Matthew Parkhill, this is a must-watch for suspense buffs.

The Caller is available on Google Play Movies and iTunes

No list is complete without this Oscar-winning gem. Essentially a sublime tale of loneliness and depression, what elevates this Sci-Fi drama into a modern classic is the thought that a man can lose his heart to an inanimate code in the digital age.

“Her” follows the desolate life of Theodore, a writer going through the final stages of a bitter divorce, who falls for Samantha, an operating system designed to fulfil her user’s needs in every way possible. Is this a bond that is doomed from the start? Joaquin Phoenix masterfully conveys the vapid emptiness of a man who craves for love and ironically finds it in a piece of software. The film also features Amy Adams and Scarlett Johansson amongst others.

The title may lead you to believe that Henry has committed the crime, but this ingenious caper is filled with crazy surprises.

Keanu Reeves stars in the titular role of Henry Torne, an ex-con who is dragged to prison for robbing a bank, but the catch is- he never did it in the first place! Swearing revenge after being released, Henry decides to actually do the deed the law has falsely punished him for. This leads to a hilarious cat and mouse game that also doubles as a sweet love story. Boasting of a clever script and excellent performances, Henry’s Crime will win you over with its novel concept.

Henry’s Crime is available on Google Play Movies and iTunes

Shaheer As Manav And Ankita As Archana In Pavitra Rishta 2.0

Salman, Farhan And Zoya Together For Salim Javed Documentary