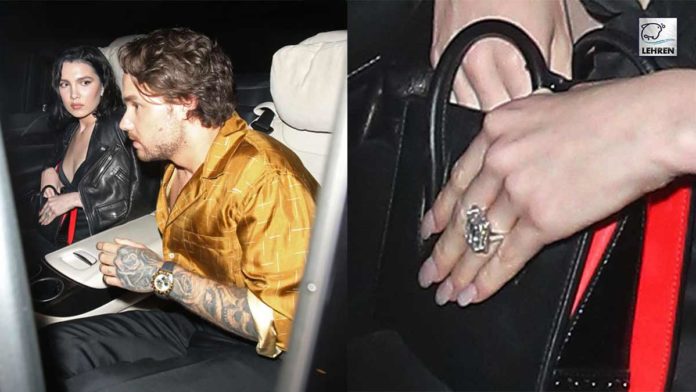 Liam Payne and his girlfriend Maya Henry have reportedly gotten engaged. Liam has gone down on one knee to propose the love of his life. Read below to know more.

A while back the One Direction created a lot of buzz owing to their 10-year-anniversary celebrations. There’s surely no doubt that all the former One Direction members enjoy a massive following. Now, Liam Payne and his girlfriend Maya Henry have become the talk of the town.

As the One Directioners notice everything, they are gushing over Liam and Maya’s engagement news.

For the unversed, the lovebirds sparked dating rumours in 2018 after Liam’s breakup with Cheryl Cole.

Liam Payne reportedly popped the big question to Maya, and she has said ‘yes!’

The rumour of the alleged engagement of Liam Payne and Maya Henry started making rounds on the internet when everyone noticed a ring on the model’s finger.

The paparazzi snapped the couple while they stepped out after enjoying a romantic meal at London’s upscale Novikov.

During their outing, the former One Direction donned a golden-shirt with folded sleeves. Liam paired his outfit with black pants and brown boots.

On the other hand, Maya wore a black satin maxi dress with a deep plunging neckline paired with leather jacket. She complimented her neatly styled avatar with black strappy heals and a small hand bag.

However, it is the huge rock on Maya’s finger that garnered a lot attention amid the minimal jewellery she wore. As per reports, the diamond ring is worth $3 million.

Sources added that the model was proudly flaunting her ring during the entire outing. However, Liam and Maya have kept their alleged engagement a secret.

For the unknown, Liam Payne has a son named Bear Grey Payne with his former partner Cheryl Cole. The ex-couple co-parent him.

Fans of the singer are clearly smitten by the news and are waiting for him to make it official. Till then, they are showering the couple with good wishes and congratulatory notes on social media platforms.