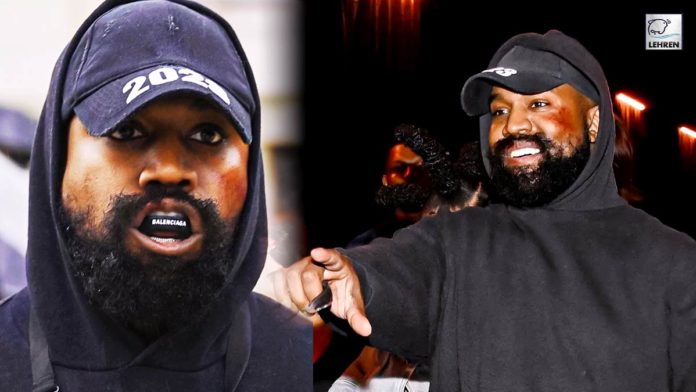 Kayne West sparked concern over a bloodied lip and bruising on the side of his face.

Kanye West recently appeared at Paris Fashion Week over the weekend. The rapper made his runway debut at the semi-annual fashion conference in France on October 2 for the Balenciaga show. Ye opened the show, wearing an oversized black hoody with a military-style cargo jacket over the top and a pair of baggy pants and boots.

However, his cool look was not something that attracted fan’s attention. The Grammy Award winner sparked concern over a bloodied lip and bruising on the side of his face. The rapper appeared to be injured at the event, sporting a bloodied lip and bruises on his cheek, which have left some fans expressing confusion and concern recently. It’s understood that it was part of the performance though, with the theme of the presentation has been a dystopian future.

Moreover, the runway had even been lined with mud. The bruises were particularly visible when Ye attended a runway presentation for Givenchy over the weekend, where he showcased a Balenciaga mouthguard that he’d worn. The photos and videos from the event instantly went viral with one concerned fan asking, “Why does Kanye have a bruise on his face? Or am I missing something.”

Meanwhile, other social media users said that it was part of the Balenciaga experience for Paris Fashion Week, with the look sported by Ye having attracted praise on social media. Some fans termed ‘incredible’ and ‘sensational,’ with one writing, “Statement being made”. Ye is yet to comment on his latest look.

Balenciaga’s creative director Demna, who is said to be a longtime friend of Ye, said in a statement about the show that he wouldn’t explain his collections or verbalise designs. However, Demna did say in his message about the show that the set for the presentation at Paris Fashion Week was a metaphor for “digging for the truth and being down to earth”.