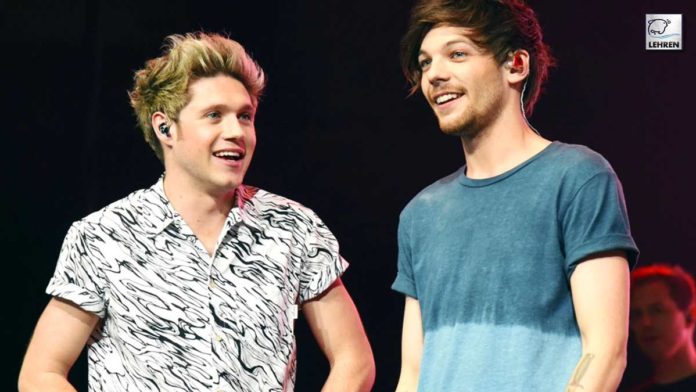 The Glastonbury Festival saw a brief reunion of One Direction. Niall Horan and Louis Tomlinson were seen hanging out by keen-eyed admirers.

Fans noticed that Niall Horan, 28, and Louis Tomlinson, 30, were hanging out at the Glastonbury Festival. Fans found that Louis Tomlinson and Niall Horan were hanging out at the Glastonbury Festival. The boys were mainly unnoticed during their reunion, but One Direction fans sure know how to find their boys. A fan photographed Louis and Niall from behind. Niall attempted to blend in by wearing a bucket hat and a yellow jacket.

In the shot with Louis, his face is obscured. Other festival photographs show Niall sporting the same bucket hat and jacket. One fan tweeted, “HARRY AND LOUIS AND NIALL IN THE SAME PLACE I’M SCREAMING.” “Zayn singing you and I, Louis liking zayn’s post, Niall attending harry show, Niall and Louis at Glastonbury. what’s in the air this month ??” wrote another fan.

There’s been a lot of One Direction buzz recently. Niall was spotted at Harry Styles’ gig at Wembley Stadium a few weeks before Glastonbury. Niall was seen grooving out to Harry’s song “As It Was” and singing along to One Direction’s smash “What Makes You Beautiful.” Following their debut on The X Factor, One Direction was formed. In 2015, 29-year-old Zayn Malik made his exit from the band public.

The other band members revealed they were taking a break to work on separate projects later that year. Unfortunately, the boys never reunited. Niall revealed on The Jonathan Ross Show back in 2021 that he is still in touch with the boys. He said, “Still talk to them all the time. We still keep in touch. Everyone’s having their own success on their own like that. I’m enjoying what I’m doing.”

Harry has expressed interest in a reunion. He admitted on the Spout podcast in June 2022, “I mean, I think the idea is incredibly fantastic. I’d want for there to be a period where it seemed like something we all wanted to do.” “I think we all went through something really special together and there’s a lot of love there. So, yeah, I think if there’s a moment for us to do it the right way, I think it’d be great,” Harry added.