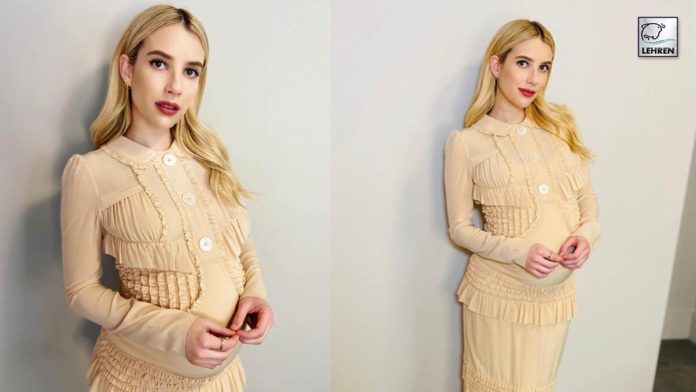 Emma Roberts candidly speaks about her fertility issues and why she had to freeze her eggs at a young age. Read below to know more.

As of now, actress Emma Roberts is enjoying being pregnant. She is expecting her first child with partner Garrett Hedlund. The actress is posting many adorable pictures on her social media flaunting her baby bump. The mom-to-be surely can’t wait to hold her little bundle of joy in her arms. However, in her recent interview with Cosmopolitan, Emma Roberts opened up about her fertility issues. She also added that she had to freeze her eggs at a young age.

Speaking of her fertility issues, Emma Roberts revealed being diagnosed with endometriosis. Following the diagnosis, she had to freeze her eggs. The 29-year old said, “A few years ago, I learned that I’ve had undiagnosed endometriosis since I was a teenager. I always had debilitating cramps and periods, so bad that I would miss school and, later, have to cancel meetings.”

The We’re The Millers actress also added that she mentioned it to her doctor. However, the doctor didn’t look into it and sent her away saying she’s being dramatic. Later on, Roberts mentions that she felt the need to switch to a female doctor.

Emma recalls that it is one of the best decisions of her life. She said, “She ran tests, sent me to a specialist. Finally, there was validation that I wasn’t being dramatic. But by then, it had affected my fertility. I was told, ‘You should probably freeze your eggs or look into other options.”

The actress continues by saying that she was terrified by the thoughts of freezing the eggs. She then mentions, “Just the thought of going through that and finding out, perhaps, that I wouldn’t be able to have kids….I did freeze my eggs eventually, which was a difficult process.”

Emma Roberts said that initially she was scared by later on found that there are many women like her who suffer from endometriosis. The conversation eventually made her feel that she is not alone and that she has done nothing wrong.

The Aquamarine actress confesses to being afraid after finding out that she’s expecting her first child. She kept the news away from the public eye as things can go wrong. Emma then concluded by saying that her pregnancy made her realize that the only plan you can have is no plan.

Anya Taylor Joy On Her Fear: People Will See Me Tense Up