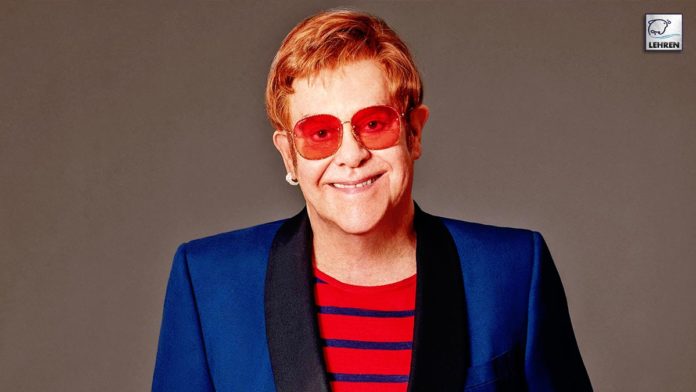 The music legend released 'The Lockdown Sessions' in collaboration with big names.

Songwriter Sir Elton John has dropped a brand new album, and fans of the musician couldn’t be happier. The music legend dropped ‘The Lockdown Sessions’ on Friday, which, as the title reads, was conceptualized and worked on during the pandemic-induced lockdowns. Elton John is going full throttle with his collaborations for this album, with big names from the music world including Stevie Wonder, Miley Cyrus, Stevie Nicks, Charlie Puth, Nicki Minaj, and the late Glenn Campbell joining him on it.

‘The Lockdown Sessions’ include 16 tracks, 10 of which are new, and the remixed versions of John’s hit numbers like Cold Heart, PNAU Remix the song he made with Dua Lipa and had recently topped the UK music charts for after 16 years. Interestingly, elton john also made history in America as his song debuted at No. 81 on the Billboard Hot 100, his 68th entry on the chart, and his first appearance in over 21 years. His first song to ever enter Billboard Hot 100 was Someday Out of the Blue which debut at No. 99 on the chart on July 29, 2000.

However, Sir Elton John reportedly said that working on this album reminded him of his younger days. “Working with different artists during lockdown reminded me of that. I’d come full circle. I was a session musician again. And it was still a blast.” Legendary British singer Elton John’s album was recorded remotely and pairs the musician with some of the biggest names in the industry including Dua Lipa, Stevie Wonder, Stevie Nicks, and more.

“The last thing I expected to do during lockdown was making an album. But, as the pandemic went on, one‐off projects kept cropping up. Some of the recording sessions had to be done remotely, via Zoom, which I’d obviously never done before. Some of the sessions were recorded under very stringent safety regulations: working with another artist, but separated by glass screens,” John explained when the album was first announced. “But all the tracks I worked on were really interesting and diverse, stuff that was completely different to anything I’m known for, stuff that took me out of my comfort zone into completely new territory.”

A number of The Lockdown Sessions tracks were released prior to the album release or were included on other projects entirely. The Lil Nas X collaboration, One of Me, features John on piano and was released on the singer and rapper’s debut album Montero. Elton also included his Rina Sawayama collaboration Chosen Family, The Pink Phantom, with Gorillaz and 6LACK, and Learn To Fly with Surfaces. Other big-name collaborators featured on the album include Years & Years, Charlie Puth, Young Thug, SG Lewis, Brandi Carlile, Jimmie Allen, Eddie Vedder, and Glen Campbell.