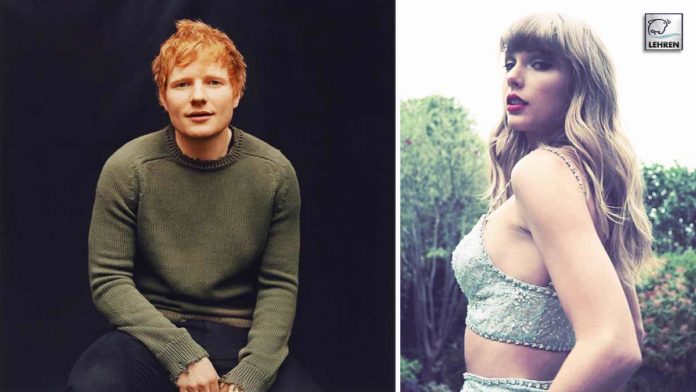 Ed Sheeran and Taylor Swift recently collaborated for the third time when they came together for a new track Run, on Red (Taylor's Version).

Ed Sheeran also confirmed that it would be a collaboration, with fans believing that he’ll be teaming up with his longtime friend Swift, 32, once again. “That is my next single, I’m super excited about it,” Sheeran said of The Joker and the Queen. “I’ve done a collaboration for it that will come out in the New Year with someone I just love,” he added. While Ed Sheeran didn’t mention Swift by name, many are pointing to the many clues that were left behind.

However, Sheeran released a music video for Overpass Graffiti from his album Equals, which was released in October. That video featured a clip where the singer wore a black leather jacket with both a Joker and a Queen on the back. The jacket also featured a patch with Taylor Swift’s name on it, directly over the Queen, leading fans to speculate that they will collaborate on a duet for the song.

The video also includes a newspaper front page that features a Taylor Swift headline and another headline that read, “Sheerio sleuths seeing the signs everywhere.” The singers have been friends for nearly a decade, with their first collaboration dating back to 2012 with Everything Has Changed for Swift’s original Red album. They tour together for the better part of 2013 and they later collaborated again in 2017 on End Game with rapper Future for Swift’s Reputation album.