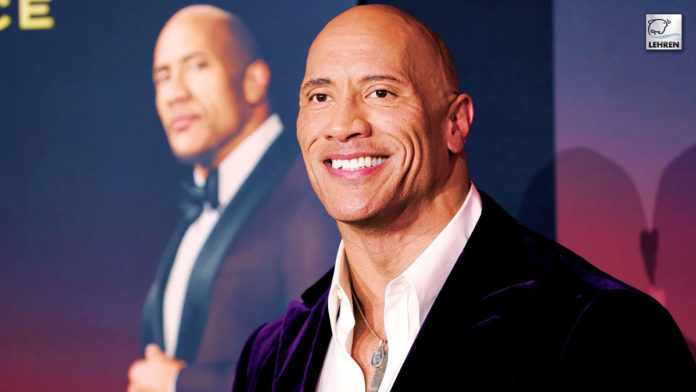 Dwayne Johnson revealed that his production company will be going to switch over to rubber guns.

Dwayne Johnson has reportedly said that he will no longer use real guns on any of his movie sets amid the accident which saw Alec Baldwin fatally shoot cinematographer Halyna Hutchins. Alec, 63, thought the prop he was using was a cold gun when he shot and accidentally killed the 42-year-old cinematographer on the set of the movie Rust in New Mexico. The movie’s director Joel Souza, 48, was also injured in the incident.

Now, Hollywood star Dwayne, who has starred in a host of action films throughout his glorious career, has vowed not to use real guns from any of his sets in the future. The actor nicknamed The Rock from his professional wrestling days was speaking at the world premiere of his new Netflix blockbuster, Red Notice. The movie was produced by the actor’s film company Seven Buck Productions and features an ensemble cast that includes The Rock himself, Ryan Reynolds, and Gal Gadot.

Talking about the shooting to Variety, Dwayne said, “I was heartbroken. We lost a life. My heart goes out to her family and everybody on set. I’ve known Alec, too, for a very long time.” He continued, “I can’t speak for anyone else, but I can tell you, without an absence of clarity here, that any movie that we have moving forward with Seven Bucks Productions, any movie, any television show, or anything we do or produce, we won’t use real guns at all.

“We’re going to switch over to rubber guns, and we’re going to take care of it in post. We’re not going to worry about the dollars. We won’t worry about what it costs,” The Rock added to the outlet. Dwayne also revealed that he was on the phone to discuss the changes within hours of the wretched news of Halyna’s death. He explained how even on safe sets “accidents do happen” so his company needed to re-examine how they will work and move forward together. “Any movie we do that Seven Bucks does with any studio, the rule is we’re not going to use real guns. That’s it,” he added.

Previously, a lawyer for armorer Hannah Gutierrez-Reed who oversaw weapons used on the Rust set suggested that the live round used by Alec may have been deliberately placed in the weapon. According to Today, Bowles claimed there was a box of bullets labeled as “dummy rounds” which Hannah pulled from to load the gun. Meanwhile, the lawyer suggested that he believed it was possible a third party may have put a live round in the box.