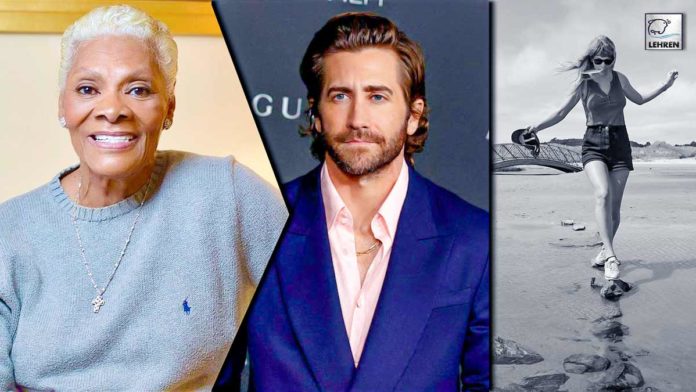 Dionne Warwick revealed that she offered to pay the postage to get Taylor her scarf back.

Dionne Warwick is committed to getting back Taylor Swift’s ‘scarf’ that Jake Gyllenhaal has allegedly kept in his possession since their unexpected breakup in 2010. While appearing on Wednesday’s episode of the Drew Barrymore Show, she explained, “I felt that, first of all, what is he gonna do with the scarf?” She continued, “It does not belong to him. It belongs to her. Get the girl her scarf back.”

Warwick was referencing lyrics featured in Swift’s breakup song All Too Well that allegedly centers around the end of her relationship with Gyllenhaal. Taylor and the 40-year-old actor were reported to have dated for just three months in the latter end of 2010. “And I left my scarf there at your sister’s house… And you’ve still got it in your drawer even now,” sings the 31-year-old Grammy winner, who recently released a 10-minute version of the 2012 track.

However, soon after the release of the rerecording, twitterities and fans fueled the internet with memes about the dramas with messages ranging to comments about the actor’s hygiene, calls for Joe Biden to chime in, a surge in the sales of red scarves and a legion of messages from superstar fans.

Meanwhile, Dionne was one of the first celebrities to chime in on the displaced ‘scarf’ and even attempted to arrange its return to Swift. “If that young man has Taylor’s scarf he should return it,” wrote the legendary songstress on November 16. “It does not belong to you. Box it up and I will pay the cost of postage, Jake.”

Barrymore couldn’t help but ask Warwick on Wednesday’s show if she truly meant what she promised in her tweet. “Yeah, it is. I offered to pay the postage to get that girl her scarf back,” replied Dionne, who has garnered a reputation for publishing hilarious tweets in recent months.