After Riots On 26 Jan, Kangana Ranaut...

Aashay Mishra: Shooting For The Sequence Where...

7 Reasons Why Aly Goni Deserves To...

Aashay Mishra: Shooting For The Sequence Where Sarang Learns He’s The Donor Was Challenging

Demi Lovato Called Out Netizens Who “Put Women Against Each Other”

Demi Lovato calls out netizens resurfaced posts on social media, supposedly recognised as "fake" and "doctored" about her fiancé, Max Ehrich. Read the whole story below. 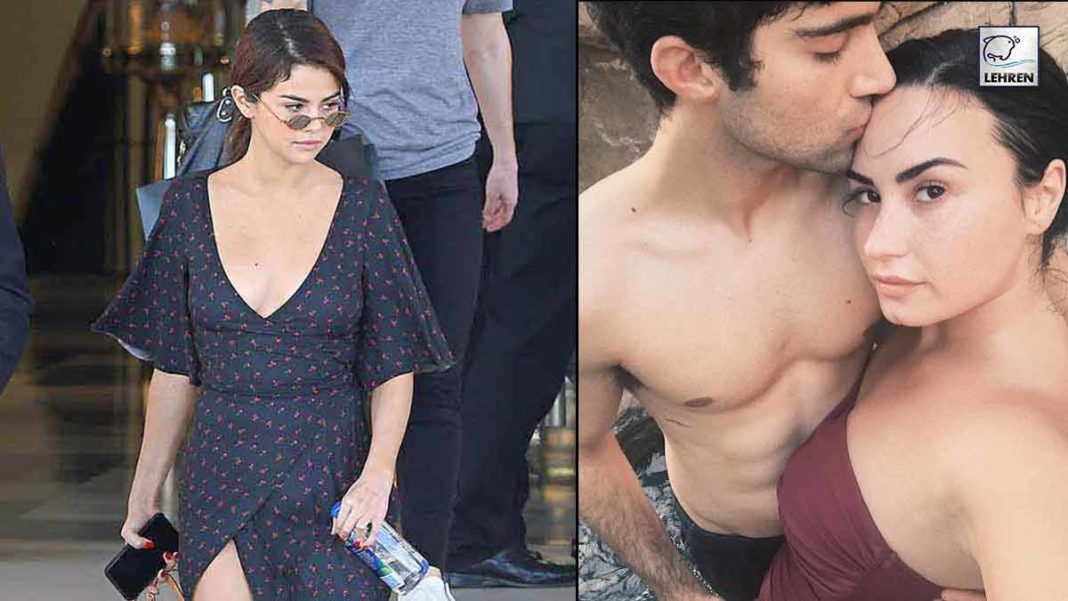 The “OK Not to Be OK” singer, 28, shared a note on her Instagram storey on Sunday night in which she said it’s “really sad” when others on the internet “put women against each other.”

The social media statement came after fans on Twitter shared old photos and videos supposedly related to Ehrich, 29, in which he professed his love for Selena Gomez and told his followers that he wanted to marry her.

Demi called out netizens by posting a long note that reads, “It’s really sad when people FAKE images to put women against each other. If women have conflict that’s between them NOT YOU.”

Lovato wrote further added, “Secondly, don’t y’all have more important s— to write about in 2020??? I challenge any tabloid that dares to type my name to mention Breonna Taylor and the fact that her murderers still haven’t been arrested. WRITE ABOUT THAT.”

Lovato encouraged her fans to turn their attention to other more serious matters.

“But then I stop and think.. it’s hella rude but damn.. I get it. And I don’t wanna look at what’s really happening in the world either but WE HAVE TO,” she wrote.

She further added, “Yes, it’s easier to tear apart celebrities and their relationships because 2020 sucks and scares the s— out of us all but it’s only gonna stay terrifying until we address it all and WORK ON SOLUTIONS TOGETHER.”

Concluding the post Lovato said, “So while on one hand I understand and have compassion for those who are so horrified at the reality of 2020 that they gotta distract themselves with doctored images in order to not focus on how bad these times are, but on the other hand, if you aren’t 13 years old trying to grasp the reality of right now, put on your adult underpants and write about what actually matters. Please.”

The actor gushed over many pop stars, including Gomez, Ariana Grande and Miley Cyrus, in the tweets and Instagram comments reportedly posted by Ehrich before being romantically associated with Lovato.

WATCH – Jennifer Lopez Will Be The Wedding Planner For Demi Lovato?

Lovato and Ehrich engaged in a passionate beachside engagement in Malibu on Wednesday 22 July.

Kangana Ranaut has launched a fresh attack on Priyanka Chopra and Diljit Dosanjh who supported farmers’ protest. A few weeks ago, Kangana and Diljit...
Bollywood
00:01:23

Actor and singer Diljit Dosanjh has been openly supporting the farmers’ protest against the farm bills. He not only supported the farmers on social...
Television
00:01:06

Aashay Mishra: Shooting For The Sequence Where Sarang Learns He’s The Donor Was...

Sony Entertainment Television’s popular show Story 9 Months Ki has been successfully keeping the viewers entertained and glued to the screen with its interesting...
- Advertisement -

After Varun Dhawan, Shraddha Kapoor To Get Married Next?

Varun Dhawan and Natasha Dalal To Not Host A Grand Wedding Reception In Mumbai?

Aashay Mishra: Shooting For The Sequence Where Sarang Learns He’s The Donor Was Challenging