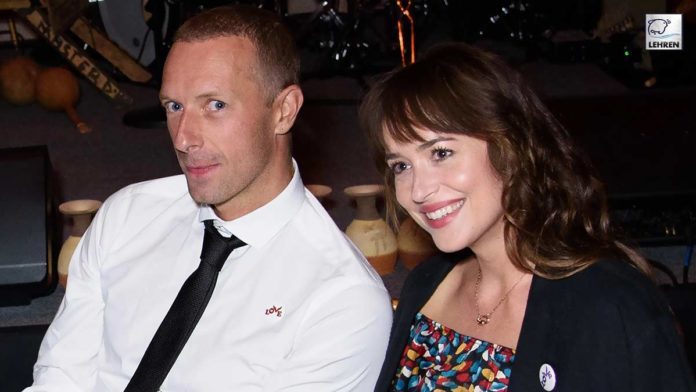 Dakota Johnson has finally explained the reason behind why she kept her relationship with Coldplay's Chris Martin out of the public eye.

Dakota Johnson and Chris Martin’s love is still going strong after nearly five years together, but it is hard to guess based on how they keep their romance disguised. There’s a good explanation behind this. According to Britt Hennemuth’s Vanity Fair cover article on the Fifty Shades Of Grey actress, Dakota Johnson and Chris Martin continue to ‘guard their privacy’ and keep their love hidden from prying eyes after being together for half a decade.

The fact that Dakota is one of the seven half-siblings of Melanie Griffith and Don Johnson, and Chris is co-parenting two children with Gwyneth Paltrow, is one of the reasons for this concealment. Dakota’s background is another justification for this secrecy. She explained to Vanity Fair, “Maybe I think about relationships like that differently because I grew up in my family.” Dakota further explained, “We were all. Obviously, there were times when it was not cool, but I experienced that, so I don’t want that in my life.”

The actress went on to say, “I don’t want any kids to experience anything like that. It’s better to be kind, and it’s also really nice that everybody actually really loves each other and has each other’s backs.” She told Vanity Fair that since they started dating in 2017, Dakota and Chris ‘never really left each other.’ When she’s not working, she travels with him. Chris stated that the song ‘My Universe’ was about ‘my universe. She’s here!’ while pointing to Dakota in the balcony at a Coldplay performance in October 2020.

This is not to suggest they are secretive. Chris and Dakota have been seen out and about on occasion. The two were photographed out and about in May, including a sushi dinner date in Hollywood on May 26 and a coffee date a few days before. Dakota discussed her relationship with Elle towards the end of 2021. “We’ve been together for quite a while, and we go out sometimes, but we both work so much that it’s nice to be at home and be cozy and private,” the actress revealed. “Most of the partying takes place inside my house.”