Conjuring 4 & The Nun Sequel Is On The Way 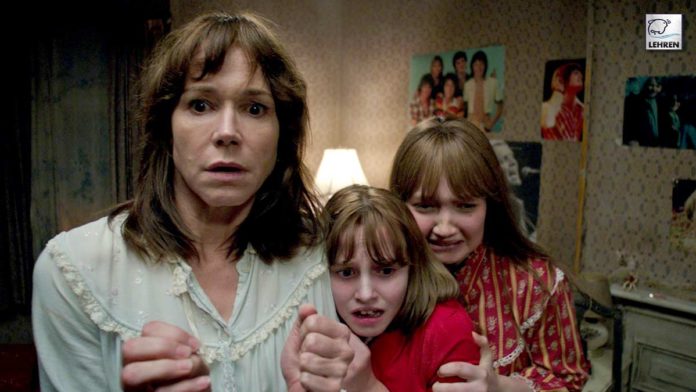 Taissa is set to return as Sister Irene in The Nun 2 alongside Euphoria's Storm Reid.

Get ready for more spooky stuff! After the huge success of The Conjuring: The Devil Made Me Do It, the makers are adding another film into the franchise, as reported by The Hollywood reporter. David Leslie Johnson-McGoldrick, who was behind the previous two Conjuring movies, the Aquaman movies and the recent prequel Orphan: First Kill, will pen the screenplay.

Conjuring stars Patrick Wilson and Vera Farmiga, who portray the late real-life paranormal investigators Ed and Lorraine Warren in the movies, reportedly haven’t signed on to the new movie as of now. However, Farmiga does share news of the sequel on her Instagram Story over the weekend.

However, after the original James Wan–directed The Conjuring in 2013, there have also been several spinoffs, including three Annabelle movies and 2018’s The Nun, which starred Farmiga’s sister Taissa Farmiga. The Conjuring franchise has raked in over $2 billion at the worldwide box office so far. Meanwhile, Taissa is set to return as Sister Irene in The Nun 2 alongside Euphoria’s Storm Reid as reported by Deadline.

The outlet also reported that the film is expected to release in September 2023. Michael Chaves (who made Devil Made Me Do It and 2019’s The Curse of La Llorona) will direct. Previously, Farmiga shared in an interview with People how the subject matter of the film series has an affect on her. Talking to the outlet, the actress shared, “I’d be lying if I said it didn’t affect me, the first two films. But I think I’ve toughened up.”

She added, “I had to do a lot of really weirdo research for this project. I’ve gone down some dingy holes.” While revealing how to separate the scary subject matter from her life, Farmiga recalled getting “tremendously” helpful advice from the real Lorraine, who died in 2019 at age 92.

Farmiga shared at that time, “One of the first things Lorraine said to me is that, from her perspective and her knowledge of the diabolical, all of that negative stuff feeds on fear. That is probably something I’ve learned to push away year after year. And that’s really, honestly, the trick, how does one do that? I don’t necessarily have a recipe for that, other than knowing the knowledge of that.”