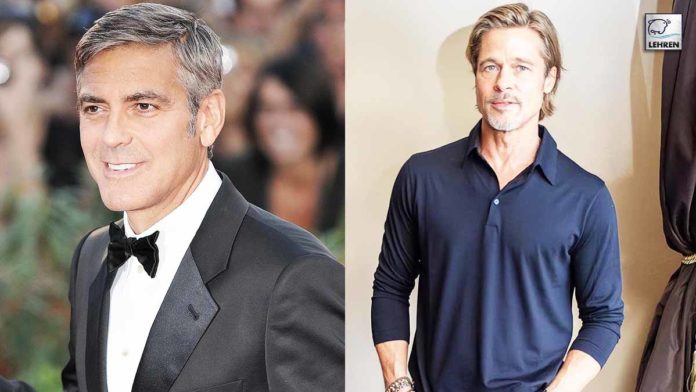 George Clooney had once revealed that he had a prank in mind that could 'end' Brad Pitt's career. He put a sticker on the back of Brad Pitt’s car that had 'F**k Cops' written on it.

George Clooney and Brad Pitt share a strong bond for a long time. They have given their fans multiple friendship goals as well. The duo has even worked together on multiple films such as Ocean’s Eleven, Ocean’s Twelve, Ocean’s Thirteen, Burn After Reading, and more. It has been reported that now the actors are set to act in an untitled project which will be directed by Spider-Man: No Way Home director Jon Watts.

Furthermore, a report has also revealed that several big studios like Netflix, Apple, Lionsgate, Amazon, Universal, and Sony are in a bidding war over the Pitt and Clooney film. While both actors looking at over $20 million as their potential payout for their work on the movie. As the two Hollywood stars have been friends, everyone now and then knows that one of them likes to pull the other’s legs.

Back in 2016, George Clooney had opened up that he had a prank in mind that could ‘end’ Brad Pitt’s career. According to Vanity Fair, Clooney shared this piece of information during the Adobe Summit. The Batman and Robin star remembered his days on the sets of Ocean’s Eleven with his co-star. Clooney had bought a bumper sticker for his friend’s new car.

“I got a bumper sticker in the shape of a pot plant, that said, ‘F**k cops,’ and I put that on the back of his car,” George Clooney stated. He continues, “Because there’s no way you’re not getting arrested with that.” Clooney further said to the audience, “I am working on a prank that will end his career. If you take the time, if you’re willing to sit on one for a couple of years, and just plant the seed… there’s no rush.”

However, other than their untitled project, Brad Pitt is currently starring in Babylon, and George Clooney is directing The Tender Bar, starring Ben Affleck, which is scheduled to release in theatres on December 17 and Amazon Prime Video release on January 7.