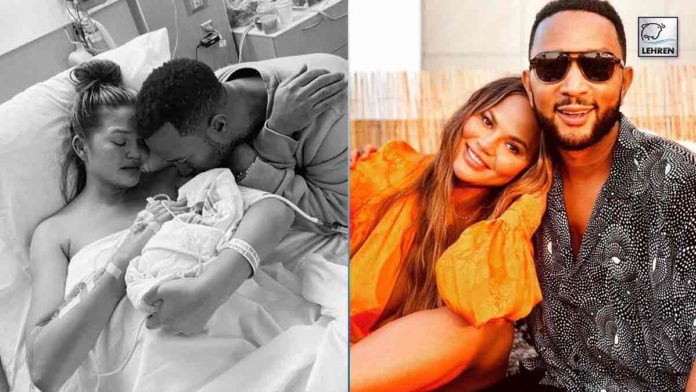 Chrissy Teigen has finally revealed why she shared the pictures of her miscarriage on social media platforms. Read below for further information.

As mentioned, taking to her social media handle, Chrissy shared the news of her miscarriage with her fans and followers. While some sent heart-warming messages to the couple, others bashed her for publically sharing the news.

Meanwhile, the model has shared a wonderful note for all her well-wishers who sent her flowers and good vibes. Chrissy Teigen also revealed why she shared the pictures of her miscarriage out in the public. It is something that gave her true relief.

Furthermore, the mother of two also explained what went through her mind the day she lost her third child whom she called baby Jack. Chrissy also shared they had tried bags of blood transfusions but it didn’t work.

The 34-year then confessed of having a complete meltdown and she even wrote an essay on how she overcame the pain. Chrissy Teigen then spilled the beans on why she shared the pictures of her miscarriage to say goodbye to baby Jack.

Chrissy asked her mother to take the photos even she was hurting and was in pain. She also mentions that her husband John Legend hated it. However, the model knew she needed to know for this moment forever.

It was the moment she wanted to remember and share this story, the same way like the photos from her and John’s wedding to giving birth to their children Luna and Miles.

In her conversation, Chrissy said, “I cannot express how little I care that you hate the photos. How little I care that it’s something you wouldn’t have done. I lived it, I chose to do it, and more than anything, these photos aren’t for anyone but the people who have lived this or are curious enough to wonder what something like this is like. These photos are only for the people who need them. The thoughts of others do not matter to me.”

Well, it was very brave of Chrissy to share her such vulnerable moments on social media.