Chris Pratt Is Expecting Baby No. 2 With Katherine Schwarzenegger 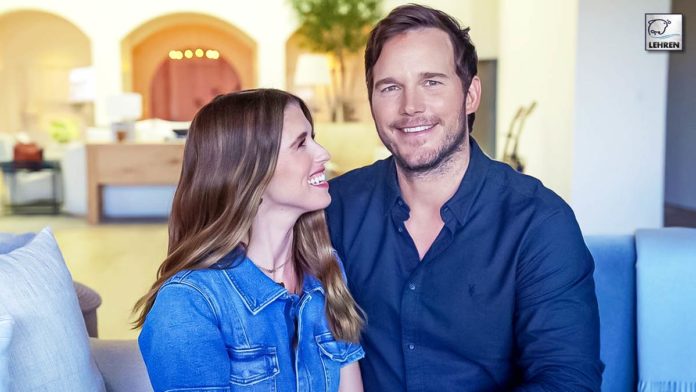 Katherine and Chris were married on June 8 of 2019 in an intimate ceremony and welcomed their daughter into the world in August 2020.

Katherine Schwarzenegger Pratt is going to be a mom again! The author is pregnant and expecting her second baby with husband Chris Pratt next year. The lovebirds, who wed in June 2019, are already parents to daughter Lyla Maria who is of 16 months. Schwarzenegger and Pratt welcomed Lyla into the world in August 2020. Pratt is also dad to 9-year-old son Jack with ex-wife Anna Faris.

The exciting news comes shortly after Pratt, 42, honored wife Schwarzenegger Pratt on her 32nd birthday with a sweet social media tribute. The Jurassic World actor began his Instagram caption, “Happy Birthday Honey! You are such a wonderful wife, mother, stepmother, and life partner. I simply can’t imagine how lost I’d be without you,” and shared alongside a gallery of photos featuring Schwarzenegger Pratt during a sunny boat outing.

Chris Pratt continues, “You’re beautiful, tough as nails, reasonable, deeply thoughtful, extraordinarily smart, you’re a complete boss, eternally driven and you communicate like no other,” he continued. “Thank you for everything.” Meanwhile, in honor of Lyla’s first birthday in August, Schwarzenegger Pratt expressed her love for being a mom and shared a rare photo of her little girl on Instagram. Since welcoming Lyla, the soon-to-be mom of two has also been doing a weekly Instagram series focused on babies and motherhood called BDA Baby.

Chris and Katherine first sparked romance rumors in early 2018, after they were spotted snuggling in Santa Barbara, CA. Meanwhile, seven months earlier, Chris filed for divorce from wife Anna Faris after eight-years of marriage, citing ‘irreconcilable differences,’ according to TMZ. They asked for joint custody of their son Jack who was five-years-old at the time.

ALSO READ – Chris Hemsworth Talks About His Future As Thor

Katherine and Chris were later captured on a PDA-packed outing in July of 2018, followed by numerous family hangouts with the Schwarzenegger’s and the Pratt’s, which were posted on social media. The couple did not confirm their relationship status until December of 2018, a little over a month after Chris’ divorce from Anna was finalized.

Pratt later confirmed their relationship in the form of ‘Happy Birthday’ post from Chris to Katherine, which included a photo collage of the brunette beauty. On January 9, Chris proposed to Katherine, which he proudly announced on Instagram. They moved in together shortly after getting engaged. Katherine and Chris were married on June 8 of 2019 during what was described as ‘an intimate ceremony’ in Montecito, California.