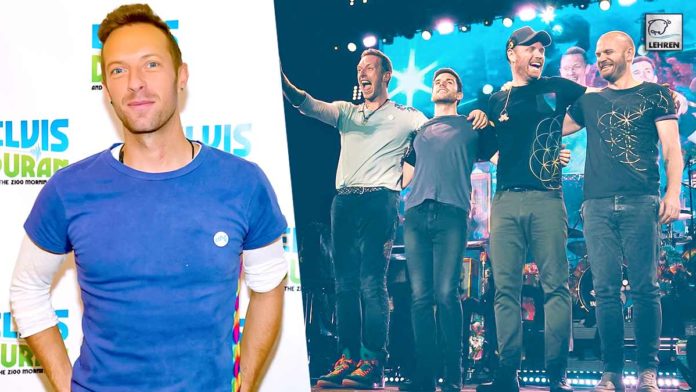 Chris Martin revealed that the band planned to make another three projects before hanging it up.

Chris Martin has recently appeared on The Ellen DeGeneres Show. And while appearing on the talk show, which is currently in its final season, the Coldplay frontman discussed the band’s future.

While revealing that the band will release three more albums, Chris Martin said, “I think that’s what feels right to us.” The appearance came on Ellen’s 64th birthday and the musician greeted the talk show host with a bouquet of pink roses at the top of the interview. “That’s so sweet, I think I saw that backstage,” Ellen noted before the songwriter quipped back, “Yes, they gave them to me,” in reference to her staff.

After playful birthday banter, they got into the conversation with Ellen mentioning she heard the band only planned to make another three projects before hanging it up. The father-of-two said, “I think we’ll keep touring and we’ll always be together as a group of musicians and friends, but I think the story of our albums ends then.” The musician added that the band aims to create a musical as they roll out the fresh tunes between now and 2025.

“I think we’d really like to do a movie musical,” he said and joked that it would be called ‘East Side Story’. The two also briefly discussed Coldplay’s ever-evolving sound of music, to which Chris reflected, “We’re so lucky that we get to just follow what feels right. That’s what we decided to do.” “That’s why our music changes a bit. Sometimes we lose people and we get other people in.”

Chris Martin also acknowledged that being able to grow as musicians is a privilege, “But, really, it’s become so fun since we just had the privilege of following what feels correct. Everybody should be able to do it.” Meanwhile, earlier this week Martin delighted fans after seemingly helping his girlfriend Dakota Johnson log onto her virtual Sundance Q&A.

The actress appeared to be having some technical difficulties logging onto a Zoom call promoting her upcoming film Cha Cha Real Smooth. Dakota did not immediately appear on screen after a moderator introduced her, but several seconds later flickered in view with her boyfriend by her side. Johnson laughed as her boyfriend flashed a peace sign towards the camera before quickly exiting the room.