BTS’ Military Service Cause Of Concern For South Korea? 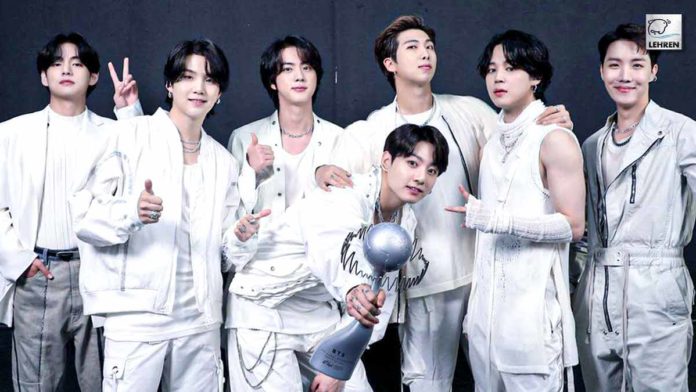 The debate has been around for quite some time, but here are the recent remarks of South Korean government officials about BTS' service. Read to know more!

The Bangtan boys are taking the global music industry by the storm, one song at a time! Since their inception in 2013, the band has been performing exceptionally well, perhaps the only South Korean act to have received such immense fame and love across the globe and are often considered to be the ‘Flag bearers’ of K-Pop. Sure BTS’ success and the stardom they enjoy today weren’t readymade, and definitely, they didn’t achieve it overnight, through hard work, persistence and their fans’ support and love, BTS has become what it is today.

One thing though, that has remained a topic of discussion for the past several years, is BTS’ mandatory enlistment in the military. For the unversed, every South Korean male citizen is bound to enlist in the military, for a minimum of 21 months from the age group 18 to 28. And it goes without saying, BTS is no exception.

The boys have disclosed their wish of enlisting and said how it’s even a matter of pride for them, to serve their nation. But many fans, local and global. have since then, indulged in discussions and believe that the boys be exempted from the service so that they can focus only on their careers.

The eldest of the group, Seokjin, is almost 30 years old, and many speculated how he, perhaps, would be the first one to enlist in the military service this year. This as a thought, has used many fans, who can’t see the band members’ separation from each other. Many also believe that a hiatus will destroy her full career.

But recently, South Korea culture, sports and tourism Minister Hwang Hee shared how given the success of the group and their global fun base, BTS might not have to enlist themselves. “It’s time to create a system for incorporating popular culture-art figures as art personnel. The system has been operated meaningfully to give those who have enhanced the national status based on their excellent skills more chances to contribute to the country, and there is no reason the popular art-culture field should be excluded from this.” he stated.

He also stated how forcing the band to enlist would be a cause of concern for South Korea, and be a great loss for them and the entire world. “I thought somebody should be a responsible voice at a time when there are conflicting pros and cons ahead of the enlistment of some of the BTS members.”