Why Brad Pitt Wore A Skirt To The ‘Bullet Train’ Premiere In Germany: Find Out 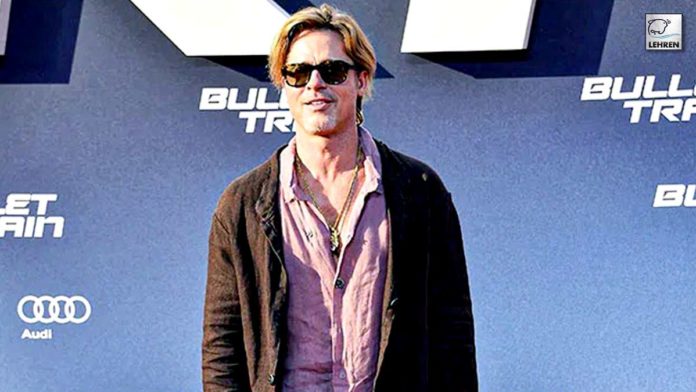 Brad Pitt certainly turned a lot of heads and raised controversy after he wore a skirt on the red carpet. The Oscar-winning actor has now revealed why!

Brad Pitt can turn heads on the red carpet like no other Hollywood giant but his Berlin presence for the premiere of his film Bullet Train went above and above, raising eyebrows as well as necks. The 58-year-old Oscar winner showed off his own style by wearing a brown skirt to the occasion.

While the ensemble also comprised a tough cardigan and black combat boots, it was the knee-length dress that quickly became the talk of the town! Along with the fashion statement, Brad also provided an explanation above on why he picked this particular look. He did this by employing the quick wit that has made him renowned over the years. Brad responded with a broad smile to a reporter who asked him on the red carpet why he was wearing the open-air skirt, “The breeze, the breeze.”

The outfit also exposed his bare legs and provided a glimpse at his tattoos, in addition to the skirt and the amusing explanation behind it. Brad displayed an image of a rhinoceros face on one exposed shin, and what looked to be a human skull on the other. Both tattoos have unknown significance, however, there are many possible interpretations. Joey King, Brad’s co-star, also rocked a jaw-dropping ensemble for the premiere, and couldn’t help but praise working with the legendary actor.

“I learned a lot from Brad, some incredible personal life lessons,” she said to the Free Press Journal recently on July 12. “He’s been in the public eye for so long. It’s such a weird thing to balance. Only a niche group knows exactly what it feels like. Brad was so gracious in helping someone like me.” She continued, “It is truly a larger-than-life film that I can’t believe I got to be a part of.”

The actress went on to say, “I’ve been acting for a long time, but I had a zoom-out Hollywood moment of ‘Wow, this is insane. I’m in an action film directed by David Leitch with Brad Pitt.'” The thriller Maria Beetle by Ktar Isaka, which is the subject of the movie Bullet Train, is about five hired murderers who find themselves on the same fateful train from Tokyo to Morioka. The movie is all set to release in the United States in August.