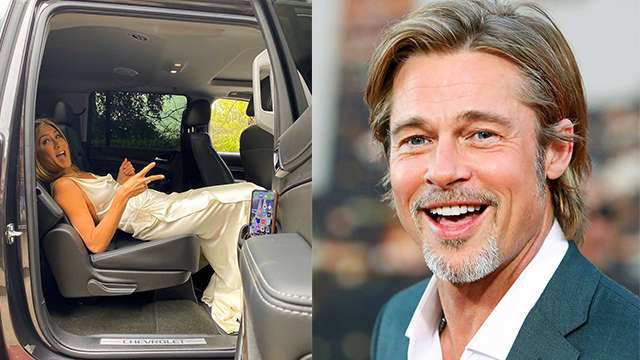 The talks of Brad Pitt and Jennifer Aniston reuniting have been making rounds in the alleys of Hollywood. Reports also state that the two are looking forward to tie the knot once again and the planning for their wedding is going on in full swing.

In the midst of all these reports, another rumor has surfaced which claims that Brad and Jen have turned parents and have welcomed twins. The former lovebirds have welcomed a baby girl and a baby boy via surrogacy.

A source revealed, “Jen and Brad have stopped short of confirming any baby news because it’s so sensitive and private. The unspoken message is that they’ll tell people when they’re ready, and that’s being respected among their close friends and confidants.”

It is speculated that Jimmy Fallon and his wife who happen to be Jennifer’s good friends, inspired the FRIENDS fame actress to opt for surrogacy. It is believed that Sara Jessica Parker’s former gestational carrier, Michelle Ross was carrying Brad and Jen’s little ones. The decision to opt for Michelle as a carrier came naturally.

Before their split, Brad and Jennifer had done their research for surrogacy but sadly it didn’t work out but now the fate has reunited the two and if we believe the hearsay, the two are enjoying their time at home with the babies amidst the lockdown. The source also revealed that two are hands-on parents are taking up the responsibilities of parenthood with grace.

Well, the truth about this good news remains under wraps between Brad and Jen but if the rumors turn out to be true then both of their fans will surely be overjoyed.