Bella Hadid Opens Up About Her Past Traumas, Confesses Of Being ‘ABUSED’ By People 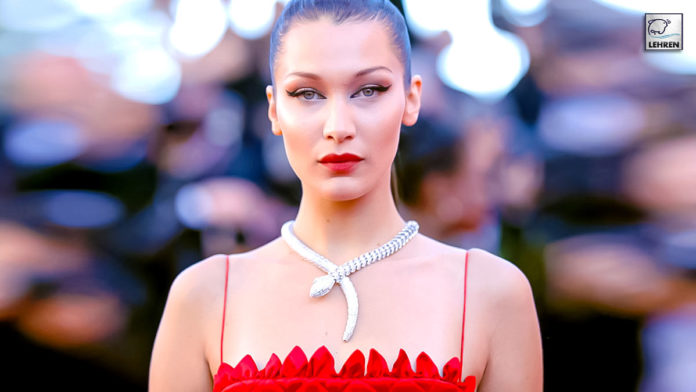 Bella Hadid, who’s known for dating singer Weeknd, shared in a recent podcast about her traumas and the boundaries the supermodel has set for herself.

Bella Hadid, sister of supermodel Gigi Hadid, is recently said to be in a relationship with Marc Kalman, an art director. The supermodel posted a series of photographs with her beau on Instagram, flexing some cute PDA moments. While fans were content seeing Bella happy, it wasn’t always like this for a 25-year-old model. She revealed how has been exploited in the past for not setting boundaries for herself.

“I constantly went back to men – and also, women – that had abused me and that’s where the pleasing people came in,” Bella Hadid said.

“I started not having boundaries, not only sexually, physically, emotionally, but then it went into my workspace. I began to be a people-pleaser with my job.” she further added.

Linking her actions to her past traumas, Bella revealed, “I always felt like my voice was never heard growing up. I grew up around men, whether that was in relationships or family or whatever that was, where I was constantly told that my voice was less important than their voice. Then moving into relationships growing up, and not having the boundaries of being able to stick up for me and have my voice be heard, affected me in my adult relationships very intensely. My nervous system would crash. It was fight or flight”.

Bella is popularly known for her past relationship with The Weeknd, the two had been together for a period of three years, on and off. Bella has always been very open and never shied away from speaking about her mental health and also urged everyone to be brave and fight their own battle. In a series of photos, Bella had revealed on Instagram how she straightens with her own mental illnesses. “Social media is not real,” she wrote. “For anyone struggling, please remember that. Sometimes all you’ve gotta hear is that you’re not alone. So from me to you, you’re not alone. I love you, I see you, and I hear you” she added.

she was seen sharing a thought-provoking post. “But I want you to know, there is always light at the end of the tunnel, and the rollercoaster always comes to a complete stop at some point.”

She also notes that while feelings of sadness and helplessness can always start up again, it’s helpful to know that they ebb and flow by nature, which helps bring her solace that “even if it’s a few days, weeks, or months, it does get better” she reiterated.

In the podcast she also discusses her drinking habit, “I have done my fair share of drinking. I loved alcohol and it got to the point where even I started to, you know, cancel nights out that I felt like I wouldn’t be able to control myself,”

she further shares how it became difficult to even lift the glass of alcohol after the doctor showed her a scan, explaining how the alcohol was damaging her brain. “I don’t feel the need (to drink anymore) because I know how it will affect me at 3 in the morning when I wake up with horrible anxiety thinking about that one thing I said five years ago when I graduated high school,” she concluded.

ALSO READ – Kourtney Kardashian And Travis Barker Likely To Get Hitched This Year?