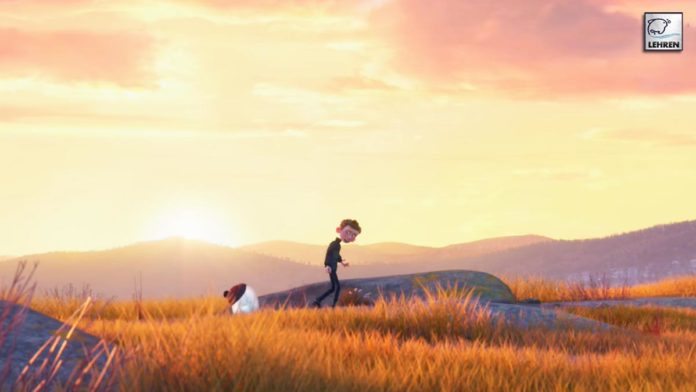 The film is a touching and hilarious look at the budding friendship between a boy and his faulty robot.

20th Century Studios and Locksmith’s collaboration Ron’s Gone Wrong, is slated to have its world premiere at the 2021 BFI London Film Festival on October 9.

The science-fiction comedy, directed by Jean-Philippe Vine and Sarah Smith showcases the story of a budding friendship between a boy and his ‘best Friend out of the Box’ faulty robot.

Centering on a socially uncomfortable school-going lad Barney and his new walking digital companion, Ron, the story is touted to offer a ‘touching and hilarious look’ at their friendship. The movie, which has been co-directed by Octavio E. Rodriguez, marks the first animated film released under the 20th Century Studios banner.

The film is slated to release in the United Kingdom on October 15 and the US on October 22. However, the sci-fi comedy ron’s gone wrong will hit Indian theatres on October 29, 2021.

Ron’s hilarious moments due to his malfunctions in the age of social media, set the stage for the action-packed adventure, while also showcasing the beautiful and messy tale of true friendship. The first film from Locksmith Animation was announced on October 12, 2017, with its release date set for November 6, 2020. Meanwhile, ron’s gone wrong official trailer was released three weeks ago. The film, which has been postponed multiple times owing to the COVID-19 pandemic, is slated to run exclusively in theatres for 45 days before it premieres on various digital platforms.

The script, which has been Peter Baynham and Smith, focuses on the unhealthy and overarching dependence on social media. The film’s music score has been composed by Henry Jackman. Ron’s Gone Wrong will be the only Locksmith Animation film distributed by 20th Century Studios as the former has finalized a multi-year production deal with Warner Bros. Pictures for its future projects.