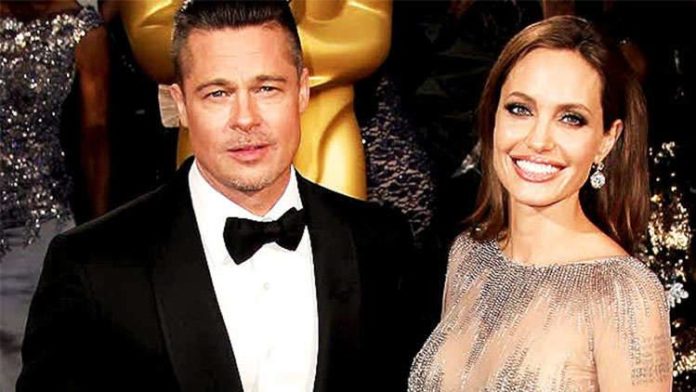 Angelina Jolie openly talks about her divorce from Brad Pitt in a rare and revealing interview, and the effect it had on their children. Read more below.

Speaking to Vogue ahead of World Refugee Day on June 20th, Angelina Jolie who is a popular actress, humanitarian, and mother of three children who were adopted overseas — spoke openly about her family’s joys and differences on the way. While opening up about the process of adopting Maddox, Pax, and Zahara, she is being asked how all her children have been affected by her separation from husband Brad Pitt in recent years.

After 12 years of relationship, Angelina and Brad separated in 2016 in which Brad was investigated for alleged child abuse; he was cleared of all charges. The exes went through a controversial battle of divorce and custody over their six children which ended in December 2018. Brad and Angelina, who also share biological children Shiloh, Vivienne, and Knox, now have a cordial relationship of co-parenting. And Brad’s been hard at work rebuilding his relationship with Maddox, 18, who is studying South Korea’s Yonsei University.

Angelina also opened up about the wonderful experience of having together a family of adopted and biological children. “Each is a beautiful way of becoming family. What is important is to speak with openness about all of it and to share. ‘Adoption’ and ‘orphanage’ are positive words in our home. With my adopted children, I can’t speak of pregnancy, but I speak with much detail and love about the journey to find them and what it was like to look in their eyes for the first time.”