Andrew Garfield Gets Candid About Returning As Peter Parker In Spider-Man: No Way Home 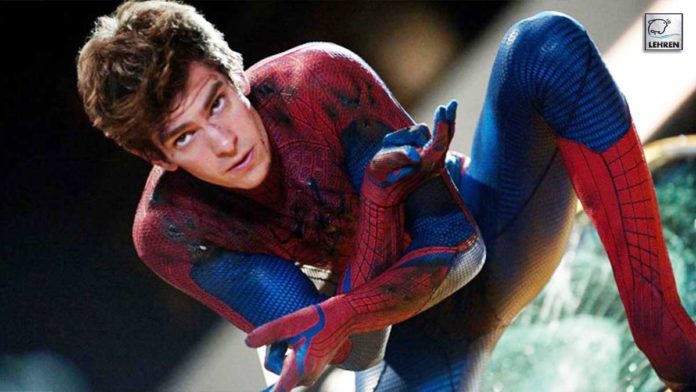 Nearly a decade after Andrew Garfield debuted as Peter Parker in 2012’s The Amazing Spider-Man, he finally returned in a super-secretive role in Spider-Man: No Way Home, with the actor finally opening up about it. While there had been rumors about Garfield, 38, and the original Spider-Man, Tobey Maguire, returning in No Way Home, it was never fully confirmed until the film was released in theaters on December 17.

The actor has recently got candid with Variety for a wide-ranging interview where he opened up about his return as Peter Parker with Variety. When asked about why he returned as Peter Parker, Garfield said he never expected to play that character again. “I wasn’t expecting to ever have a conversation again about potentially playing Peter Parker. I felt very excited just to be a fan again. But I got this call from Amy Pascal and Kevin Feige and Jon Watts with this idea. It was immediately undeniable. It sounded incredibly fun, incredibly spiritual, trippy, and thematically interesting, Garfield said.

Andrew Garfield continues, “On a base level, as a Spider-Man fan, just the idea of seeing three Spider-Men in the same frame was enough.” He added that the pitch from Feige, Pascall, and Watts was ‘really enticing,’ which included an intriguing question. ‘They said, You played this character in your way and what would you want to explore if you had an opportunity? If you were dumped into this other universe and faced with this younger you and this older you, how will you respond?'”

Spider-Man: No Way Home is set in the aftermath of 2019’s Spider-Man: Far From Home, where Peter Parker’s (Tom Holland) identity as Spider-Man was revealed. He went from hero to villain after a video made it seem like he killed Mysterio played by Jake Gyllenhaal, which leads to Parker seeking help from Doctor Strange aka Benedict Cumberbatch, asking for a spell to make the world forget he was Spider-Man.

The spell gets wrong, which leads to the ‘multiverse’ opening up and the Peter Parker’s from different universes, played by Garfield and Maguire, coming into that world, as they work together to save all of their worlds. Garfield’s two movies, 2012’s The Amazing Spider-Man and 2014’s The Amazing Spider-Man 2 got a lukewarm review from fans and critics alike, leading to Sony and Marvel striking a new deal and Tom Holland being cast as the new Spidey.