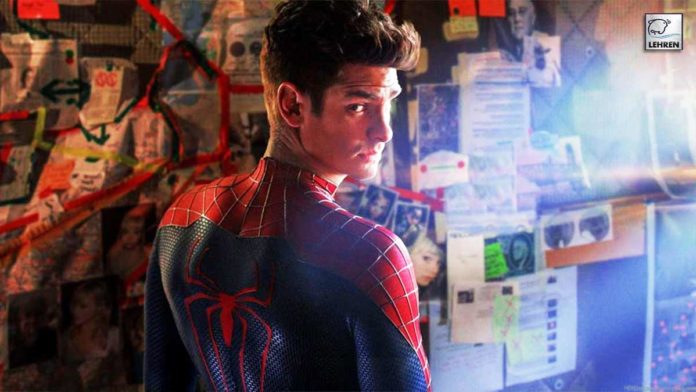 The Amazing Spider-Man star Andrew Garfield confirmed that he's not coming back as the web-slinger. His fans still seem to be convinced that he is lying.

Actor Andrew Garfield has once again denied his appearance in Spider-Man: Far From Home. A few months back the internet sparked rumors that the third series of Spider-Man movie ​will also feature Andrew Garfield and Tobey Maguire, both of whom have played the superhero in the past.

In a recent interview with Variety, Garfield was again asked about his appearance in No Way Home. He strongly denied while expressing fondness, for working on The Amazing Spider-Man in the past. He made it crystal clear that he is not aware of his involvement. The actor stated that the idea of three Spider-Man actors uniting on screen excites him as a fan.

He answered the rumors while saying –
“I understand why people are freaking out about the concept of that because I’m a fan as well. You can’t help but imagine scenes and moments of ‘Oh, my God, how f***ing cool would it be if they did that? But it is important for me to say on the record that this is not something I’m aware I am involved in. But I know I’m not going to be able to say anything that will convince anyone that I don’t know what’s happening. No matter what I say, I’m f****ed. It’s either going to be really disappointing for people or it’s going to be really exciting.”

The rumors surrounding fueled up with the recent release trailer of Spider-Man: Far From Home. The trailer features Alfred Molina as Doctor Octopus and Willem Dafoe as Green Goblin. Both actors have previously appeared in Tobey Maguire’s Spider-Man trilogy. Moreover, the trailer confirmed the reprising appearance of Jamie Foxx, who played Electro in Andrew Garfield’s The Amazing Spider-Man 2.

Andrew Garfield starred as Spider-Man in The Amazing Man 1 & 2. However, after that, the series featured Tom Holland in the lead role. Garfield has received an Oscar nomination for the film Hacksaw Ridge. He has also worked with film director Martin Scorsese on Silence, among other projects.

Meanwhile, the rumors are surfing on the internet, Garfield’s comments seem to have less weight as fans are eager to see his return. His die heart fans took Twitter to express their eagerness. A user wrote with an image of an empty parking lot, “A look at everyone who believes Andrew Garfield didn’t get a call for Spider-Man 3.” Another person added, “Deep down I feel like Andrew Garfield is lying but I’ll just (bear) with and see. If we had a (damn) trailer already.”

Garfield is telling whether truth or hiding something big, it will reveal on December 17. For now, watch the trailer of Spider-Man: Far From Home:

ALSO READ – ‘Don’t Look Up’ Teaser Arrived: Leonardo And Jennifer Out To Save The Planet