Did You Know Bryan Cranston Had A Pivotal Role In Yugo Sako’s Ramayana? 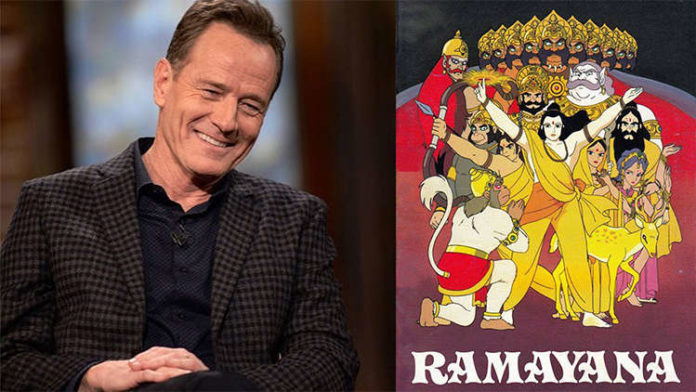 Many fans not know but the Breaking Bad star Bryan Cranston has given the voiceover for Shri Ram in the English dubbing of the anime film Ramayana: The Legend of Prince Ram.

Hollywood star Bryan Cranston who is well known for his role as the drug lord Heisenberg in the renowned television series Breaking Bad, has a very pivotal role in Yugo Sako’s 1992 Animated film Ramayana: The Legend of Prince Ram. Many not know but the actor has given the voiceover for Shri Ram in the English dubbing of the anime film.

Did you know that Bryan Cranston, of Breaking Bad fame gave the voiceover for Shri Ram in the English dubbing of the anime film ‘The Legend of Prince Ram’ @AndColorPockeT pic.twitter.com/Z6ONToRfon

A few years back Bryan Cranston recounted his experience to an Indian newspaper, he said, “I enjoyed the storytelling, and from an actor’s standpoint, to be able to tell a story only through your voice as opposed to being on camera was very challenging. But I really enjoyed doing that.”

Interestingly, the film that came out back in 1992 made an impact on Hollywood biggies like Zack Snyder’s 300, Guillermo Del Toro’s Pacific Rim and Hellboy, Peter Jackson’s Lord of the Rings and The Hobbit and even The Wachowskis’ The Matrix and other films such as Harry Potter and The Goblet of Fire and the Matrix Trilogy.

On the other hand, Ramanand Sagar’s Ramayan has made a historic comeback on our television as it has proved to be an absolute blessing for everyone locked in their houses during this lockdown period. The makers began the shows re-run on DD National last weekend and within four episodes it has managed to garner 170 million views, which is the highest ever rating recorded.

Emmy 2021: Top looks that you should not miss

How Prakash Tiwari Madhur, Owner Of Madhur Films Made It From A Small Town To Bollywood