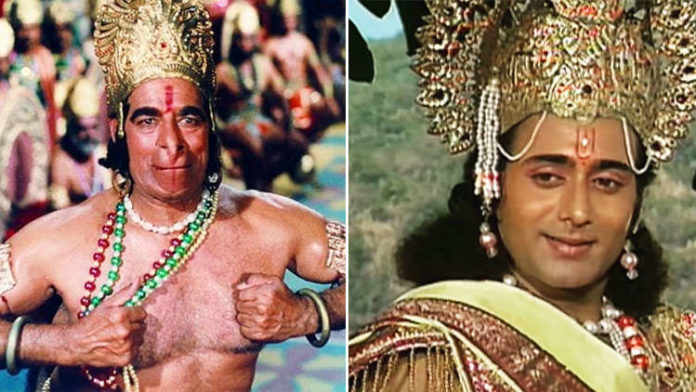 DD National aka Doordarshan surpassed its own record by becoming the most-watched channel for two consecutive weeks gaining 1.9 billion viewership in the second week.

Looks like DD National is taking over the TV industry much faster than any other mainstream and popular channel in the last 30 years. A few weeks ago Ramanand Sagar’s Ramayan and BR Chopra’s Mahabharat re telecasted due to coronavirus lockdown and surprisingly within 4 days the channel recorded a whopping 1.5 billion viewership, but now the channel has surpassed its own record by becoming the most-watched channel for two consecutive weeks gaining 1.9 billion viewership in the second week.

The government broadcaster and owner of DD National, Prasar Bharti, celebrated the achievement of DD National in a tweet, they wrote, “DD National continues to be No. 1 for two consecutive weeks in a row.”

DD National continues to be No. 1 for two consecutive weeks in a row#IndiaFightsCorona#IndiaFightsBack pic.twitter.com/HPT8MhdAsz

Also Read: Watch: Raavan aka Arvind Trivedi watching Ramayan at the age of 84

Apart from mythological shows like Ramayan and Mahabharat, Doordarshan has also brought back thriller, drama and comedy shows like Byomkesh Bakshi, Buniyaad and Dekh Bhai Dekh.

Also Read: Did You Know Bryan Cranston Had A Pivotal Role In Yugo Sako’s Ramayana?