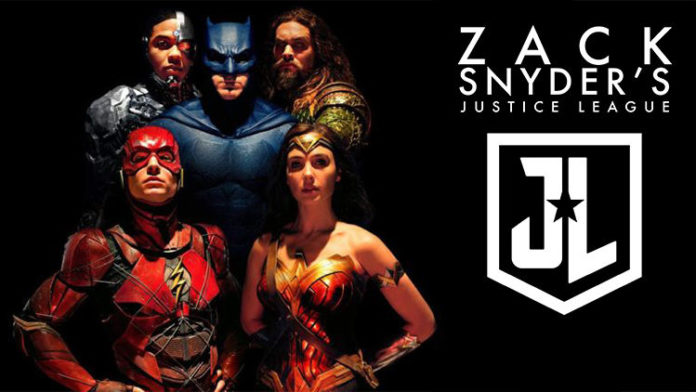 The longest rumored and mythical unreleased version of the 2017 superhero film Justice League popularly known as Snyder Cut to be released on HBO Max in 2021.

Fans are going bonkers after Zack Snyder officially announced the good news. After years of campaigning Zack is serving the fans what they actually deserve. The 2017 Joss Whedon’s version received lots of backlash, as fans claimed it was underwhelming, lighter, and comedic contributions to the larger than life comic book film. A campaign started not long after the film’s initial release for Warner Bros. to deliver a “Snyder cut.”

Director Zack announced the news on a live Q&A Wednesday, following a virtual screening of his Henry Cavill starrer Superman film Man of Steel. Snyder completed the majority of work on Justice League back in 2016, but he had to step away from post-production and editing due to a family tragedy. Warner Bros then hired The Avengers maker Joss Whedon to finish the job, however, fans weren’t happy with his rendition and blamed bad CGI for ruining their experience.

Must Read  Johnny Depp In Talks To Play Joker In Robert Pattinson Starrer ‘The Batman’?

Previously there were reports about the number of people attached to the film that has seen the Snyder Cut and they have appreciated the alternate version. In an interview, stunt coordinator Eunice Huthart said her colleagues called the film ‘absolutely golden.’

“Yeah, there’s a few questions about that, and I’m sure that I’m okay to say I officially know people who’ve seen the Snyder cut and said it’s absolutely amazing. And I do believe that that’s the movie we were making, Zack Snyder’s version of the film. You know, with the heartache of what happened with his daughter, we pulled out and did the reshoots of it. So, the movie took a slightly different turn. I watched the cinema release of the film, and I texted Zack to say, “What’s this I’m hearing about this Snyder cut? I need to see it.” And he did promise me next time I’m in LA, that I’ll go watch it. So I will at some point, definitely go and watch the Snyder cut. And I have spoken to people who actually said it’s brilliant. They said it’s absolutely golden.” Eunice said.

Looks like Snyder Cut of Justice League might change the fate of DC extended universe. As fans have always believed that DC has much better potential to make comic accurate films.

Must Read  Robert Pattinson Starring The Batman To Release In October 2021?