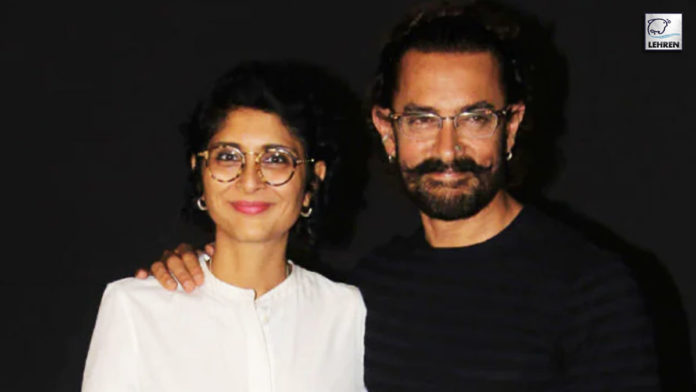 Aamir Khan and Kiran Rao have ended their 15 years of marriage but continue to share a good bond with each other.

Earlier this month, Aamir Khan and Kiran Rao announced their separation in a joint statement. The statement reads, “In these 15 beautiful years together we have shared a lifetime of experiences, joy, and laughter, and our relationship has only grown in trust, respect and love. Now we would like to begin a new chapter in our lives — no longer as husband and wife, but as co-parents and family for each other.”

While the couple has parted ways, they continue to work together and co-parent their son Azad Rao Khan. Soon after the announcement of their divorce, we saw their pictures and videos of enjoying their stay in Ladakh while shooting a schedule for the upcoming film Laal Singh Chaddha. Seeing them share a good bond, people wonder that why did Aamir Khan divorce Kiran Rao?

The leading publication quoted its source, “The reason why he and Kiran decided to separate is simple over the years. Apparently, both of them outgrew the foundation of marriage. There were no differences or issues as such. You remain as a friend. While your values and beliefs may remain the same, your needs, views on life, wants, and opinions change with time, including your outlook on love and marriage. And then, at that phase in one’s life, it is better to live apart in harmony than stay together with malice in a marriage that has lived its times. While both said to have emotionally separated in 2019, they decided to have an actual trial period of separation after that for a couple of years.”

Aamir Khan and Kiran Rao first interacted on the sets of Lagaan. At that time, Aamir was married to Reena Dutta. In December 2002, Khan filed for divorce and Dutta took custody of both children.

After dating for a brief period, Aamir and Kiran got married on 28 Dec 2005. And in Dec 2011, they announced the birth of their son Azad Rao Khan via surrogacy.