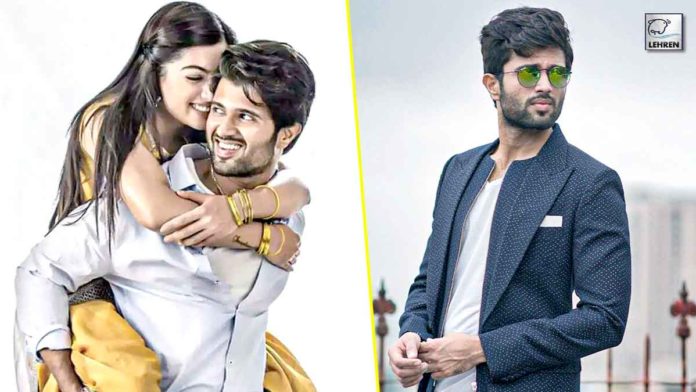 On his 33rd birthday, here's an inside scoop from Vijay's relationship with co-star Rashmika Mandanna and their equation. Read to know more!

It’s Vijay Deverakonda’s birthday today, as the South Star turns 33 today, fans across industries have been pouring in love and congratulatory messages on display for the actor. The emerging actor is not an unfamiliar name anymore, having earned recognition through his hit films. With that, the actor is soon to mark his Bollywood debut in ‘Liger’ alongside Ananya Pandey, in a never seen avatar.

As fans celebrate his birthday today, here’s an unknown fact about Vijay’s personal life. The actor who has done 2 films with the ‘Pushpa’ actress Rashmika Mandanna, namely ‘Geetha Govindham’ and ‘Dear Comrade’. Despite only doing two films together, the two actors’ displayed their charismatic performances so well, that their on-screen chemistry swooned many hearts.

With just that, Vijay was rumoured to be dating Rashmika, with their off-screen closeness speaking for itself. For the unversed, Rashmika was engaged with Rakshit Shetty, a Kannada actor, for quite some time. Their wedding was also on the cards. But it came as shocking news when in 2018, Rashmika called off their engagement abruptly.

Surprisingly, it was around the same time when Rashmika and Vijay’s super hit ‘Geetha Govindham’ had released. Neither Rashmika nor Rakshit ever officially spoke about their broken wedding, Rashmika had, however, assured her fans that everything was indeed okay between the two estranged lovers.

But insiders from the industry had revealed how the two had called off their engagement because of ‘compatibility’ issues. Many even revealed how their compatibility issues stemmed from Rashmika’s closeness with Vijay, which acted as a catalyst in ruining her relationship with her former fiance, Rakshit. “After talking with her parents, family elders, and friends, Rashmika decided. It was a difficult decision, but she has shown great courage in overcoming this personal and emotional setback” an insider shared.

Not just this, Vijay was also rumoured to be tying the knot with Rashmika last year, news that the actor called off ‘nonsense’. They were also speculated to have spent new years eve together, as both their Instagram pictures were from the same resort. Although the duo have never confirmed this news and have remained very clear in their stance, calling each other’s ‘friends’.

Rashmika had even shared how Vijay stepped in as a best friend and comforted her after her break up with Rakshit. “I was recovering from my break-up with Rakshit Shetty. I needed comfort and care which I found in Devarakonda. I was struggling to cope with my emotions and it was him who lifted my spirits. He was the one who made me understand that there was a different world outside, waiting for me to embrace” she shared.

She also shared how Vijay doesn’t make her feel insecure, “He doesn’t suggest me to sacrifice my career. He is a free-minded person and wants me to be independent forever.”