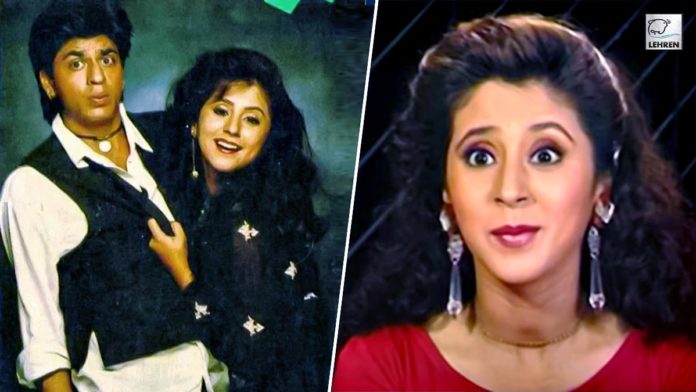 In an old interview, Urmila Matondkar revealed how she was afraid to kick Shahrukh Khan during the filming of their 1992 film 'Chamatkar'.

Shahrukh Khan and Urmila Matondkar were very new to the entertainment industry when they signed Rajiv Mehra’s fantasy comedy film ‘Chamatkar’. The two actors had never met each other until they got together on the sets of ‘Chamatkar’. This unfamiliarity between them made Urmila nervous while giving certain shots.

Back in the days, during an exclusive interview with us, Urmila told how she was afraid to kick Shahrukh Khan and how he helped her eventually. She said, “I had the most fun shooting for the song ‘Bichhoo O Bichhoo’. We enjoyed a lot during the picturisation of that song. There was a sequence when I had to come and kick Shahrukh. I was so afraid to do that because I had met him two minutes before that scene. There were several retakes and I was unable to kick him. I used to come in the frame and panic. Finally, he said, ‘Urmila, it’s fine. There’s no problem. You are supposed to kick in the shot.’ And thus, I got charged up and finally kicked him hard. From that shot till the end of the song, it was so much fun.”

Chamatkar is Shahrukh Khan’s second film after Deewana and first in lead role. On the other hand, Urmila made her Bollywood debut as an adult in 1991 with ‘Narsimha’. ‘Chamatkar’ also featured Naseeruddin Shah and the film was released in 1992.

Watch Urmila Matondkar’s Interview with Lehren from the 90s:

While Urmila and Shahrukh’s Jodi created magic on-screen, they never collaborated again. Much later in her career, Urmila confessed, “It was not a deliberate decision. When the opportunities came, they were not meaty enough. One of the biggest regrets is not being able to work with Shah Rukh Khan as much as I’d have loved to. Or even Aamir Khan.”

Must Watch: Fans Slam Sara Ali Khan For Playing A Shocking Prank On Her Spot Girl