When Sushant Singh Rajput Admitted That He Had Claustrophobia 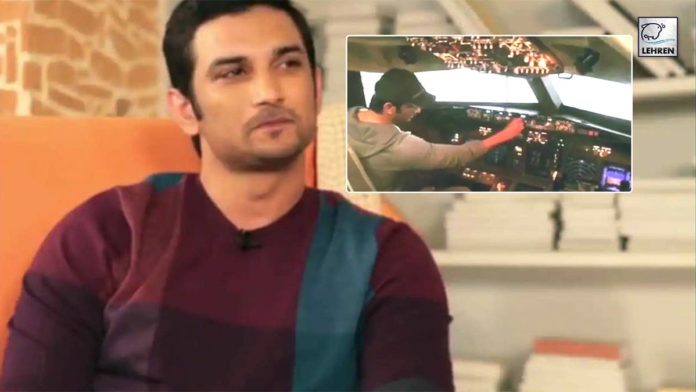 An old interview of actor Sushant Singh Rajput is going viral in which he admitted that he has claustrophobia.

Rhea Chakraborty recently came out in the media and said that Sushant Singh Rajput was claustrophobic. Her statement went viral and was rubbished by her he public. Even Sushant’s ex-girlfriend Ankita Lokhande negated her statement. She shared a video and wrote, “Is this #claustrophobia? You always wanted to fly and you did it and we all are proud of you.”

It was also said that Sushant’s dream was to fly a plane and it contradicts Rhea’s statement that he used to be uncomfortable during flights.

However, seems like Rhea wasn’t lying after all. An old interview of Sushant is going viral in which he himself admitted that he had claustrophobia. In an episode of the second season of Zee Cafe’s talk show “Look Who’s Talking With Niranjan Iyengar”, Sushant played the game of two truths and a lie. He said three facts about him, one of which was a lie. Sushant mentioned claustrophobia, sleeping for six hours a day, and being a terrible singer. He then revealed that the second fact was a lie. The actor said, “The lie is that I sleep for six hours a day. I have insomnia so I can’t sleep for more than 2 hours a day.”

Well, this old revelation by Sushant is in complete contradiction to what Ankita Lokhande has said who claims to know him inside out.

Rhea has recently said in an interview, “When we were leaving for Europe, Sushant said that he feel claustrophobic in a flight. He took a medicine, Modafinil, without any prescription. When we reached Paris, he didn’t leave his room for three days. Before the trip, he said that he was very happy. He had told me that he is very excited for the trip as he will show me his true side during our Europe stay. He will walk on the streets and have fun with me which he couldn’t do in India. We were really happy. I was wondering what happened.”

Let us see how this case unfolds.