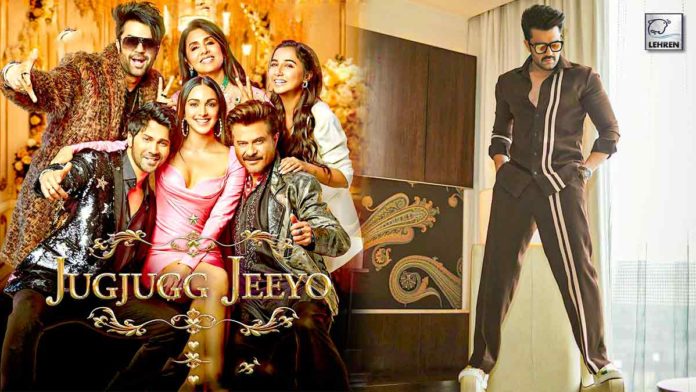 JugJugg Jeeyo actor Maniesh Paul opens up about doing an intimate scene on his wedding anniversary during the shoot of his film Mickey Virus.

Karan Johar’s film JugJugg Jeeyo is all ready to hit the theatres across the country on 24th June. The film stars Varun Dhawan, Kiara Advani, Anil Kapoor, and Neetu Kapoor as the leads, meanwhile, anchor and host Maniesh Paul will also be seen in the movie in a supporting role. Recently the actor opened up about doing intimate scenes on-screen during his anniversary in a chat with Prajakta Koli. Check out the whole conversation here-

In a recent conversation with Prajakta Koli, Bollywood host Maniesh Paul opened up about doing an intimate scene during the shoot of his film Mickey Virus with actress Elli AvRam. The actor told Prajakta about how he denied shooting the intimate scene on his wedding anniversary. He said, “As actors, we face one big problem you know when we are doing a film and some intimate scene comes. Like I remember when I was shooting for Mickey Virus there was one intimate scene which was also my first ever kissing scene. I told the director to notify me beforehand about such scenes, so he didn’t tell me” to this Prajakta laughs out hilariously.

Maniesh further adds, “Next morning I reached the set and our director told me that Maniesh you will do this scene today So I was like I’m not doing it. He asked me why, and I said I can’t do the intimate scene today. He said what’s wrong with you today and I told him today is my wedding anniversary.” Prajakta and Maniesh both laugh into tears.

Maniesh adds, “Guys on my wedding anniversary I cannot be kissing another woman please really shoot it tomorrow. Then I went to Elli and I told her that Elli we’ll shoot it tomorrow for sure. Everyone was ready and I told them please change the scene I am not doing this today”.

While mismatched actress Prajakta also shares her part of the story on doing the intimate scenes during her series mismatched. She told Maniesh, “The first time I kissed on-screen was on season one mismatched and I was very nervous.” She added, “It’s very, very difficult, I mean it’s just one of the wonders I think of being an actor is how you suddenly connect and disconnect. This is something you don’t know about yourself and I mean it looks beautiful on-screen but when you see them in the shot on a screen it’s the most unromantic thing in the world. Like one is carrying a blower other one is carrying a reflector. You would be in the middle of the kiss and someone is like cut light is not working.”