When Huma Qureshi Reacted To Link Up Rumours With Sohail Khan! 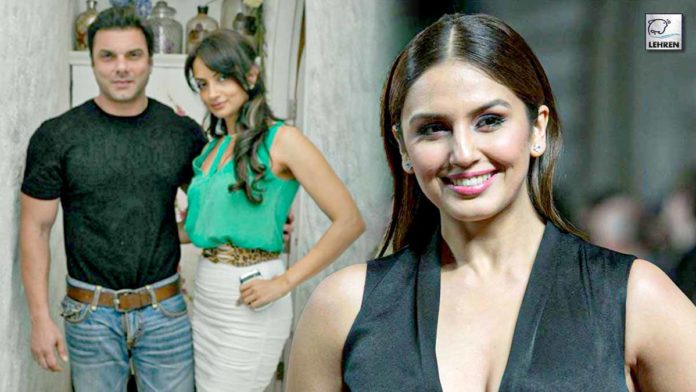 After Sohail and Seema's decision of parting ways after 24 years of togetherness, here's an inside scoop about their married life. Read to know more!

For the unversed, Sohail Khan and Seema Khan earlier today shared the horrid news of their separation as the two were spotted at the family court, after heading for a divorce. The couple had been together for almost 24 years, and have now decided to co-parent their two sons, Nirvaan and Yohan post their divorce.

Although the news of their separation might be Shocking to some, others, who have been following Sohail’s now estranged wife Seema Khan’s series, ‘The fabulous lives of Bollywood wives’, know that the two had been quite on the same page, when it came to their marriage. Seema had shared about their growing distance in the show, hinting at their divorce.

In one of the show’s sequences, Seema had shared insights into their relationship, and how the two had been living separately, despite being married. “It’s just that sometimes when you grow older, your relationships meanders and goes into different directions. I make no apologies about it because we are happy and my kids are happy. Sohail and I are not a conventional marriage but we are a family. We are a unit. For us, him and me and our children matter at the end of the day.” she had said.

But many aren’t aware of a twist in their relationship, that the two had faced a major bump in their relationship. Apparently, Sohail was linked with actress Huma Qureshi, something that both of them had allegedly denied. Despite that, many media outlets kept claiming how the two were seen together, and often shred pictures of both of them, partying and being papped together.

“What really hurts is that without knowing the truth about my life, they (media) go ahead and put these stories. And I’ll tell you why they do it; they do it because they want to take away all the attention from my hard work. They want to show that whatever I have achieved in my life is because of my closeness to a particular man, who may be coming from an influential family or is influential himself. That is disrespectful.” she said.

However, no one was sure about the truth behind the rumour, now that the couple has decided to part their ways, a source close to them had shared, “Sohail Khan and Seema Sachdev were present in the court today. They have filed for a divorce. Both were friendly towards each other.”