What Is Project 151 That Sushant Wanted To Finish; Reveals Sushant’s Managers 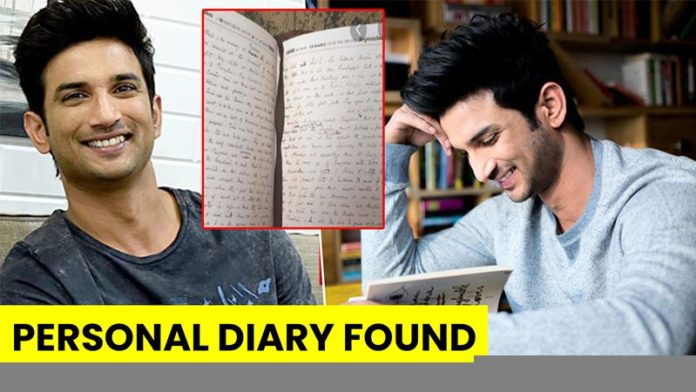 Four days before on Sunday a noted actor from Bollywood Sushant Singh Rajput committed suicide, the Mumbai Police is still investigating the cause of the incident – whether it’s a suicide or a professional rivalry in Bollywood.

The Mumbai Police had recovered 5 diaries from the residence of Sushant. The detectives are going through the diary ‘s contents to find out more about his life. Famous casting director and close friend of Sushant – Mukesh Chhabra was summoned by police today to record his statement regarding the suicide.

Chhabra told police in his statement that Sushant was a very introvert, and that he never shared anything with anyone. Chhabra further told police that he is unaware of any professional rivalry that Sushant faced, or big production houses that denied to work with him.

“He was a very intelligent actor who didn’t like talking over phone. Most of the times when we called him he used to disconnect the calls. He loved playing games on playstation and loved reading books, especially on quantum of physics,” Chhabra quoted in his statement.

On his birthday May 27, Chhabra spoke to Sushant and the actor had sounded normal,’ Chhabra said.

Sushant’s manager, Siddharth Pithani and Dipesh Sawant told the police that Sushant called them to his home in January as he wanted to finish ‘Project 151’. For this project, he wanted to do a lot of social welfare things. He was to play a match, MS Dhoni and Roger Federer. He wanted to fly an airplane and to send kids to NASA, too.

Sushant has been on pills since January but as he started feeling he had recovered he had decided to stop taking medicines in May. In the coming days, the Mumbai Police will call Sushant ‘s managers and publicists to record their statements. Only producers close to Sushant will be called up for questioning

“I knew the pain you were going through. I knew the story of the people that let you down so bad that you would weep on my shoulder. I wish I was around the last six months. I wish you had reached out to me. What happened to you was their karma. Not yours,”  Shekhar Kapoor wrote on Twitter after the actor died of suicide.

In less than a few days after the death of Sushant Singh Rajput, Twitter was once again overflowing with the discussion on nepotism. But nepotism is not that one reason that is been emphasized so much rather Mental Health. We have to look at Sushant ‘s demise from a more empathetic and kind point of view, or else it would be a huge injustice to his legacy left behind by him.

Meanwhile, on a positive note, Sushant Singh Rajput ‘s team dedicated a website to the actor and shared a post on the actor’s verified Facebook account on Tuesday, that reads “Kick-starting self-musing mode.” Sushant Singh Rajput’s website is called “Self Musing”, which is a tribute to his musings, thoughts, ideas, and dreams, glimpses that remain on his social media profiles.

“Fans like you were real ‘godfather’ for Sushant. As promised to him, converting this space into a collection of all his thoughts, learnings, dreams, and wishes, he always wanted people to know. Yes, we are documenting all the positive energies he has left behind in this world,” the actor’s team added.