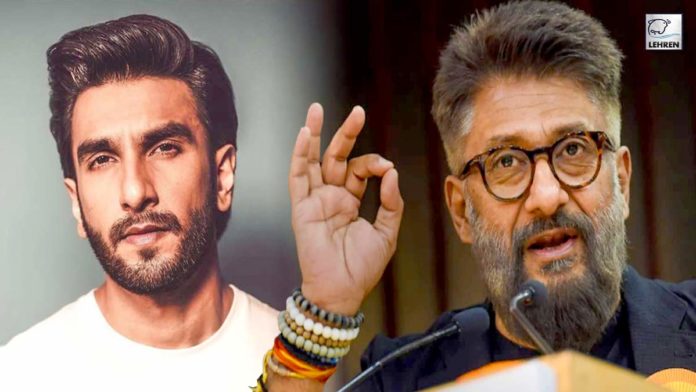 A few days back filmmaker Vivek Agnihotri made a cryptic post targeting the Bollywood Mafias. In the tweet, he mentioned a colourful star managed to get 10 awards for disastrous films. Post this many speculated if The Kashmir Files director took an indirect dig at Ranveer Singh as he didn’t name the actor but wrote colourful star.

Ranveer Singh is famous for his colourful and vibrant fashion style which left many wondering if the tweet was for him. Agnihotri never shies away to express his thoughts on social media and stands strong against Bollywood mafias. However, when people misinterpreted him the director came forward to clear the air. He clarified colourful star in his tweet was not for Mr Singh.

His tweet read, “I was shocked to know how the Bollywood awards mafia works. For example, this year one colourful star managed to get all 10+ awards despite both of his films being disasters and rejected by audience. This shows how corrupt and ‘for sale’ is the awards mafia. But Bollywood is silent.”

Vivek said, “Ranveer is undoubtedly one of the most talented actors in the industry. But then, one should be awarded for good acting, not when one is not doing anything or any great film. Here, I would like to mention that it is not Ranveer Singh. It is not about him. It is about the way these award events function.”

He continued, “I don’t care who gets the award. My only contention is that these are all for sale awards. Anybody who has the money and power can buy it. Or somebody who is attending gets an award. I don’t understand why it is called an award function, it should just be called a festival or a get-together.”

“They are giving such a bad name to our country, look at the kinds of awards they give, and how they do it. It is shameful. Cinema, which should actually make the brand India stronger, is actually demeaning it. Every single award has 10-12 people, all those friends of each other. They are seen everywhere, as if nobody exists in this industry. If we don’t change the way Bollywood is going, there will be nothing left to give any awards to,” he concluded.