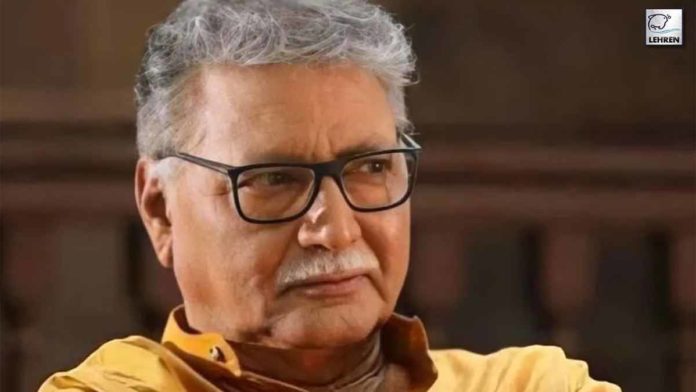 Bollywood veteran actor Vikram Gokhale who appeared in several Marathi and Hindi films like Hum Dil De Chuke Sanam, De Dana Dan, Bhool Bhulaiyaa, and others was recently reported to have passed away at the age of 77 on 26th September in Pune due to his prolonged illness. Vikram Gokhale has been admitted to the Deenanath Mangeshkar Hospital in Pune where he was undergoing treatment for the last few days.

However, his wife and daughter have earlier refuted the death rumors and reports about the actor. Vikram Gokhale’s daughter confirmed the news and stated that he was on life support and is in critical condition. The veteran actor was recently shifted to the ventilator and was showing signs of recovery however on 26th November he took his last breath.

Vikram Gokhale entered the film industry at the age of 26 years in the 1971 Amitabh Bachchan starrer movie “Parwana”. He later appeared in several Marathi and Bollywood movies such as Hum Dil De Chuke Sanam, Agneepath, De Dana Dan, Bhool Bhulaiyaa, and others. Vikram Gokhale was last seen in Shilpa Shetty and Abhimanyu Dassani starrer film “Nikamma” which was released this year in June.