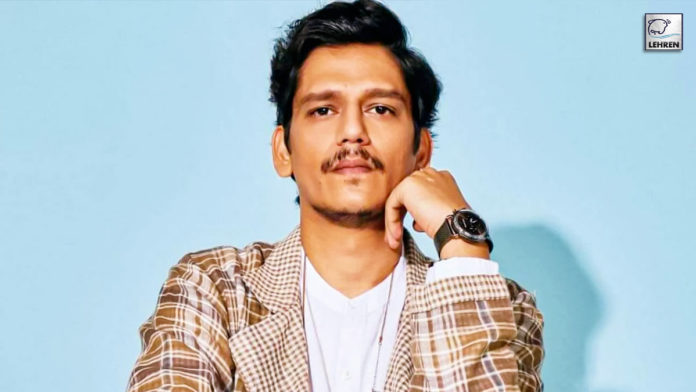 Vijay Varma has been basking success for his latest film Darlings. He was highly lauded for his acting and role of a toxic and abusive husband. His character Hamza clearly overshadowed Alia Bhatt’s performance as Badru. But what upset Vijay Varma was that his face was not on posters despite being a key actor in the film.

Vijay undoubtedly delivered the best of his role and managed to win audiences’ hearts, playing the lead opposite Alia Bhatt. In a recently held roast session by the streaming giant Netflix — The Roast of Vijay Varma, the actor spoke on the disappointment from Darlings. He said that he is not considered a star or that he is not even visible on posters.

Vijay Varma took a dig in his humorous style against the makers of Darlings. said, “You all have watched ‘Darlings, haven’t you? It’s true. My face is not on the posters or it’s hidden somewhere. But in scenes, this face becomes unforgettable. All of them say that I am not a star. I’m not a star. They cast me in movies to get that extra star in the reviews, that star is me.”

Amid the poor state of films not working in Bollywood, Darlings crossed all the hurdles being a superhit. It also made a record-breaking opening, on the streaming giant Netflix, Darlings is a non-English original Indian film to have the highest global opening ever. The black comedy-drama has grabbed the audience’s attention pulling them to stay glued to screens.

Darlings is the first produced movie by Alia Bhatt under her production house Eternal Sunshine in association with Red Chillies Entertainment. It stars Alia Bhatt, Shefali Shah, and Vijay Varma in the lead roles. Directed by Jasmeet K Reen the movie is streaming on Netflix.

Vijay Varma has an exciting slate of projects ahead including Dahaad with Sonakshi Sinha, The Devotion of Suspect X with Kareena Kapoor Khan, Sumit Saxena untitled next, and Mirzapur 3.