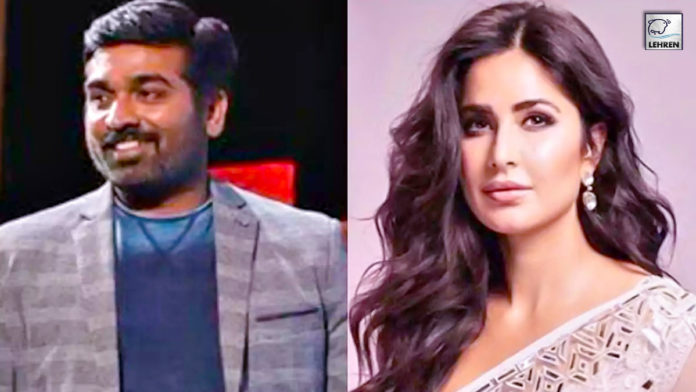 In their first-ever collaboration for the film titled ‘Merry Christmas’, Vijay Sethupati talks about his Bollywood debut and working with Katrina Kaif.

Sharing the news Vijay wrote, “New Beginnings. Back on set with director #sriramraghavan for Merry Christmas! I’ve always wanted to work with Sriram Sir, he is a master when it comes to narratives that showcase thrillers and it’s an honor to be directed by him,” the actor wrote on Instagram. Katrina too was pumped and shared the update on her Instagram handle.

Vijay mentions how he is practicing Hindi for the movie and that he doesn’t like to dub his lines.

When asked about working with Bollywood heartthrob Katrina Kaif, he says, “We were supposed to start shooting for “Merry Christmas” in April.  But then Katrina contracted the Covid. Now we are finally working together, and it’s great fun. It’s always exciting to work with new directors and co-stars. There’s  so much to learn  from everyone.”

As for Vijay, 2021 was a successful year with as many as 8 releases in both Telugu and Tamil. Apart from this, he can also be seen working with Santosh Sivan’s “Mumbaikar in Hindi”, a remake of the Tamil movie “Maanagram” and Raj and Dk’s Amazon Hindi web series titled “Fakes”.

The shooting of the first schedule of the duo will be shot here in Mumbai, while the film is tentatively expected to release in December 2022.