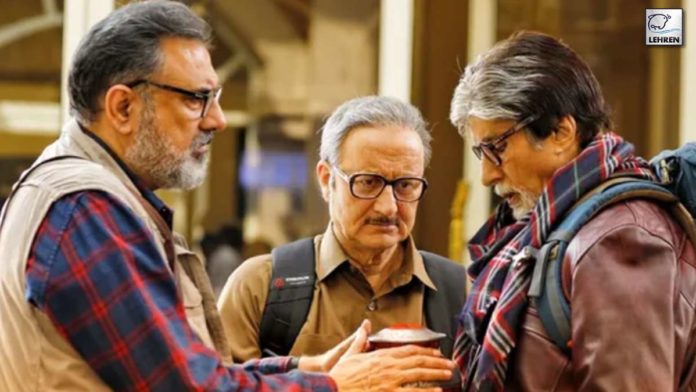 Amitabh Bachchan, Anupam Kher and Boman Irani starrer family drama film Uunchai saw a minor growth at the box office on Tuesday, here's how much the film earned so far-

Uunchai Box Office Collection: Sooraj Barjatya’s directorial Uunchai starring Amitabh Bachchan, Boman Irani, and Anupam Kher was released in the theatres on 11th November. Uunchai was released alongside Samantha Ruth Prabhu’s film Yashoda. The family drama opened up to a decent start at the box office on its opening day, however, the film saw a huge drop on Monday. Meanwhile, now it is reported that the Amitabh Bachchan starrer is finally picking up pace. Here’s how much Uunchai earned so far-

The film opened up to a decent start at the box office. Uunchai earned around Rs 1.65 to Rs. 2.05 crore in India on its opening day. The film saw growth during the weekend as it earned 3.64cr on Saturday and 4.71cr on Sunday. However, Monday saw a huge drop as the film barely managed to earn 1.70cr. Meanwhile, as per the latest trade reports, it is now believed that the film saw a minor growth on Tuesday, as it earned approx 1.80cr on Day 5. The film now stands on a total of 13.84cr.